This article names the system of the body and the major organs that compose them. It also briefly describes the functions of each system. It is intended to provide a basic “road map” to help you anticipate and prepare for the more detailed information given in the anatomy section of this website. Understanding how the human body works is the first step in optimiz­ing your fitness. This article is different because it explains all of the organ systems involved in athletic performance, not just muscles.

There is no organ system that is most essential. All organ systems in the human body are essential for survival and well-being. However, for bodybuilders, weightlifters, professional and recreational athletes, coaches, and regular gym-goers some organ systems are far more more interesting than the others. The major organ systems of athletic performance include: muscular system, skeletal system, nervous system, endocrine system, al well as circulatory and respiratory system. Never forget that as a professional or even recreational bodybuilder you should have at least the basic basic understanding of the anatomy and physiology of the human body.

What are the organ systems of the human body?

In contrast to cells, which are the smallest struc­tural units of the body, organ systems are the body’s largest and most complex structural units. 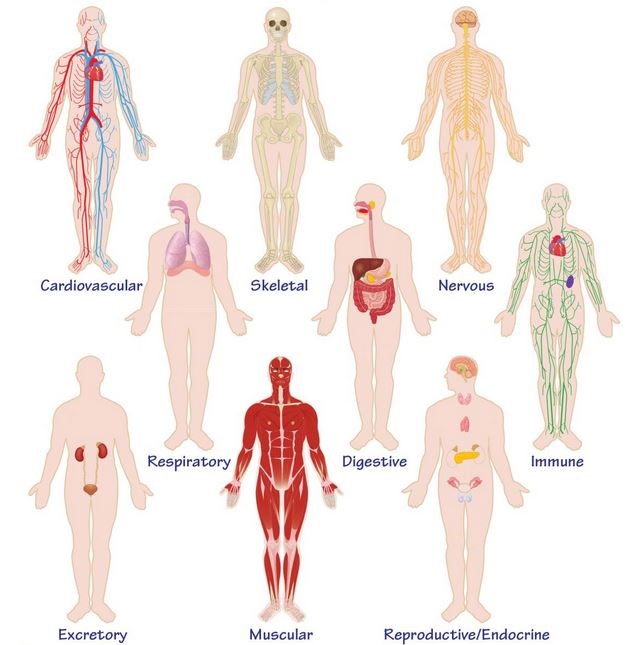 The human body is a collection of organ systems which all work together to keep you going. Your heart, lungs, kidneys, stomach, and liver are exam­ples of organs. An organ system is a group of organs having similar function and working together to do an important job. Your circu­latory system consists of all the parts of your body that move blood around. The heart and many blood vessels, large and small, make up your circulatory system.

Another system, the respiratory system, gets oxygen from the air; you need oxygen to live. The respiratory system also gets rid of the carbon dioxide your body makes. It consists of the lungs and all the tubes (airways) that air must travel through.

The circulatory (or cardiovascular) system and the respiratory system work together. The oxygen your lungs obtain from the air must be carried to all parts of your body, even into the tiniest places far from your lungs. How these systems work together so precisely is a testimony to our marvelous Creator, the One who designed our bodies with great care.

In this post, you’ll learn about the 10 organ systems, which are made of multiple organs that work together to keep the human body functioning. Using easy-to-understand descriptions and illustrations, we’ll explore the:

This system consists of skeletal, smooth and cardiac muscles.

The muscular system is often referred to as the “power system.” and rightfully so, because it is this system that provides the force necessary to move the body and perform many organ functions.

The main components of the skeletal system are the body’s 206 bones, as well as the tendons, ligaments, and joints that connect the bones to the muscles, controlling their movement. The sternum or breastbone, the humerus, and the femur are examples of the 206 individual organs (bones) found in the skeletal system.

The skeletal system is similar to the integumentary system in that it plays a protective role. Like the skin, skeletal bones protect tissues and organs, as well as the other important internal organs from the body’s other systems. The skeletal system also stores minerals (such as calcium and phosphorus) and produces blood cells in the red marrow of certain bones.

The major organ is the heart, which functions with the help of blood vessels made up of arteries, veins, and capillaries.

The major responsibility of the circulatory system is to ensure efficient transportation of oxygen and carbon dioxide, nutrients, hormones, and other important substances. Wastes produced by the cells are released into the bloodstream on an ongoing basis and are transported by the blood to the excretory organs.

The lymphatic system is part of the circulatory system. One of its functions is to protect the body from disease.

This system’s major responsibility is to control and regulate the breathing process, which involves moving air into and out of the lungs. In other words, it distributes and exchanges gases between the body and external environment.

The digestive system takes in food, breaks it down into nutrient molecules, absorbs these molecules into the bloodstream, and then rids the body of the indigestible remains.

The urinary system’s primary job is to rid the body of waste, through producing urine and other elimination processes. In addition, this system ensures that the body’s fluid system is balanced in terms of acidity.

This system’s primary organs are the kidneys, ureters, bladder, and urethra.

Much like a water purification plant that keeps a city s water drinkable and disposes of its wastes, the kidneys are usually unappreciated until they malfunction and body fluids become contaminated. Although the lungs and skin also participate in excretion, the kidneys are the major excretory organs.

Major organs are the skin and accessory organs, including hair, nail follicles, and and specialized sweat and oil producing glands.

The skin is the largest and most important organ in the integumentary system. Its weight in most adults is 20 pounds or more, accounting for about 16% of total body weight and making it the body’s heavi­est organ. The integumentary system includes the skin and its accessory structures, which include the hair, nails, and specialized sweat and oil producing glands.

The integumentary system is crucial to survival.  The primary job of this system is to protect the body, as well as detect changes that affect the body using its sensory receptors. In other words, this system protects and regulates body temperature.

The role of this system is to carry out the process of sexual reproduction. This is necessary to continue the human species that contains genetic information that determines a person’s physical characteristics, but also their resistance to certain mutations also ensures the future of the species.

The primary organs of this system are the hypothalamus, pituitary, thyroid, parathyroids, adrenal, pancreas, and sex glands.

The glands of the endocrine system secrete chemical messages called hormones. These messages regulate processes such as growth and mineral balance. In addition to controlling growth and mineral balance, hormones are the main regulators of metabolism, reproduction, and other body activities. They play important roles in fluid and electrolyte balance, acid-base balance, and energy metabolism. 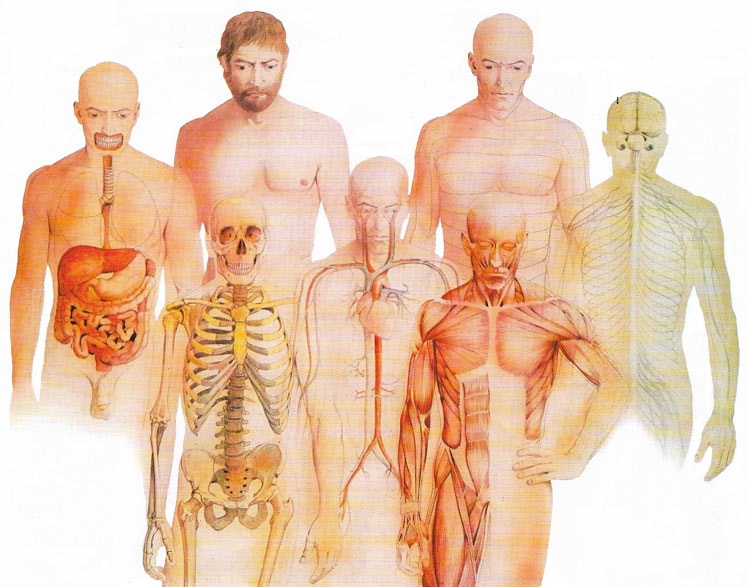 Closing thoughts: The body as a whole

The human body has 10 major organ systems. Each is highly specialized to perform a specific function. Together they coordinate their functions to form a whole, live, functioning organism.

In our broader and more complete explanation of fitness, the first major concept is that fitness is a whole body process that requires many interacting systems working in concert. Only when these systems are in harmony can true fitness and maximum performance be attained.

No one body system functions entirely independently of other systems. Instead, you will find that they are structurally and functionally interrelated and interdependent.