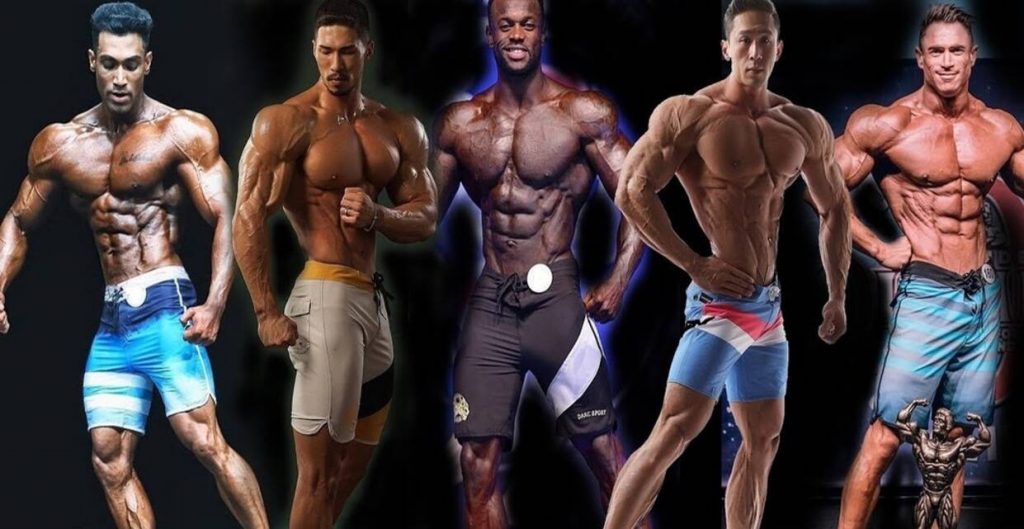 Achieving the Symmetrical Ideal in Bodybuilding

What is the optimal shape for each body part?

As you might expect one of the fundamental requirements for success in bodybuilding is the development of as much muscle mass as possible. It also makes sense to accomplish this while keeping body fat levels as low as possible. Now while these goals are important at the beginning level, the real key to competitive bodybuilding success, however, is the development of an evenly proportioned and symmetrical physique (achieving the symmetrical ideal).

There is a master template for your physique. Each major body part has an optimum shape, that when combined, creates an illusion that the entire physique is much greater than the sum of its composite parts.

Beginning with the calves, both the gastrocnemius (upper calf) and the soleus (lower calf) should harmonize. Many trainees neglect the soleus and end up with what is commonly referred to as a high calf. Development of the soleus also produces the much desired diamond-shape.

The muscle complex of the frontal thigh (quadriceps) must be balanced with an equal amount of leg bicep (hamstings or biceps femoris). Most physique competitors can hide faulty leg biceps in their front poses, but when viewed from the side or rear, weak femoral biceps can be a devastating blow to any upper body. Besides a balanced front and rear thigh, the upper and lower width differential of the thigh should be as small as possible. Don’t mistake small knees and small lower thighs as equally desirable.

Over development of the abdominals can ruin your body. True as this statement is, we still see some aspiring trainees doing weighted side-bends. Forget your obliques! Never train them. Instead, concentrate on equal work for the upper and lower abdominals. Most ab exercises work the upper two-thirds of the abdominal cavity, leaving the lower region smooth and fatty. Unfortunately, many so-called lower ab movements hit only the upper two rows.

The rib cage can only be developed if you are wide enough at the shoulders to handle it. The day of the barrel chest is gone forever. The chest-heavy syndrome goes as follows: heavy squats and pullovers are done to gain weight by the young enthusiast. Then, since nothing looks worse than a big rib cage and small pecs, the trainee does countless sets of bench presses. Finally, the pecs do catch up with the rib cage, but by then, the chances of having WIDE shoulders is all but hereditarily impossible.

The pectorals are basically dual-muscle structures. The pectoral major (lower pec) comprises 75% and is many times easier to develop than the pectoral minor (upper pec) which is only 25% of the total area. The problem is obvious. The lower pecs must be contained as you perform twice as much work for the upper pecs. Face it, gravity is against you. Concentrate on upper pec work.

Train the lateral head of the deltoid mercilessly

The shoulders must never be confused with the trapezius muscles. Deltoids are usually weak in the lateral (side) and posterior (rear) regions. Pressing movements contribute almost entirely to the anterior (frontal) deltoid so that the chances of underdeveloped anterior deltoids is almost impossible. For shoulder width, train the lateral head of the deltoid mercilessly. To ensure that your upper back is explosive, blast the posterior heads. Remember, the lateral and posterior heads of the deltoid can never be overdeveloped! The trapezius muscles should be trained a total of 10% of your deltoid work. Don’t ruin your natural width by developing a sloping-trap-heavy-shoulder complex.

Symmetrical biceps consist of achieving low bicep attachment and a peaking outer head simultaneously. Most bodybuilders have one of the above ingredients and are usually in the process of obtaining the other. Naturally, the realization that there are two major areas of emphasis when considering this area simplifies your training procedure immensely.

We think very few men possess proportionate triceps. You must strive to produce a tricep that begins as close as anatomically feasible to the elbow joint. Also, of the three heads, more emphasis should be placed on creating a very muscular outside head. Remember, both the biceps and triceps can never be overdeveloped. (Can you imagine any of us being so lucky?).

Make sure your forearms harmonize with the size of your arms

The forearms must harmonize with the size of your arms—specifically the lower biceps. If your forearms are large enough and respond fast from any movement that requires a grip, you don’t need to train them directly. To create harmony from the deltoid to the hands, the forearms must complement the arms, not compete with them for size impressiveness.

Put equal emphasis on all three sections of the back

Even though many trainees consider their lats to be well developed, only a few men meet the requirements of a truly symmetrical back. Equal emphasis must be placed on all three sections of the back. Besides the upper back, or lats, there is a middle and lower portion, all demanding balance of development.

We call the erector muscles the missing link between the upper and lower body. We can remember only a few trainees doing any kind of direct erector exercise. And yet, moderate development of this muscle group will make the lower two-thirds of the back look finished, rather than like the just-out-of-a-cast appearance.

The rationale for developing a symmetrical body is multifaceted. For one thing a body with evenly developed muscle groups simply looks better since it has no apparent weak points. One of the common causes of poor placings by bodybuilders is a lack of symmetry between the various muscle groups. All things being equal a bodybuilder with a huge set of arms and nothing else, will place much lower than a bodybuilder who has no muscle groups developed out of proportion to one another.

If you compare old issues of the various bodybuilding magazines with new issues, one of the common denominators among the stars both past and present is that, for the most part, the winners were usually the most symmetrically superior. Of course in many cases it’s simply a case of being “blessed” with the right genetics. Some lucky individuals simply start training and from day one all their muscles grow and keep pace with one another. This, of course, does not necessarily mean that you can’t training intelligently and bring all your muscle groups in line.

Besides the aesthetic value, a symmetrical physique is also far less likely to incur an injury. As soon as one muscle group begins lagging behind, other muscles often start compensating and picking up the slack so lo speak. Often the overworked muscle becomes overburdened and weakened to the point that an injury often occurs.