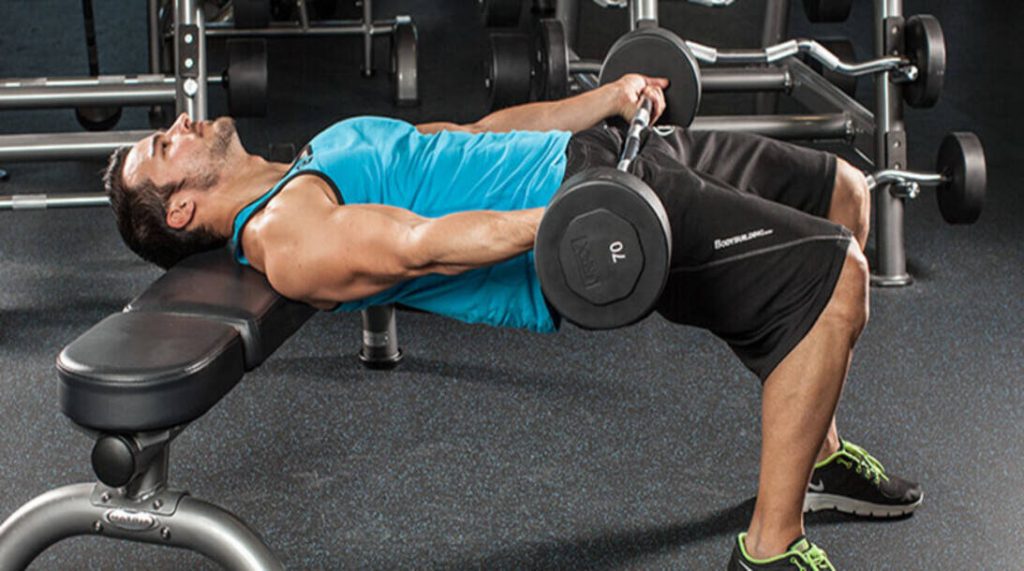 The barbell hip thrust is a popular intermediate exercise for developing and strengthening your glutes. Alongside glute bridge variations, these exercises are classified as bent-knee hip extension exercises. By bending your knees during hip extension, you reduce the amount of force that your hamstrings can produce, forcing your glutes to work as the primary hip extensors.

Because you place the bar across your hips during hip thrusts and glute bridges, you will load the hip extension horizontally. This horizontal load vector has a great transfer to athletic movements. Load vector is when the direction in which you are producing force closely resembles such activities as sprinting and propelling yourself forward. This also loads your glutes efficiently in their fully shortened position. This leads to more tension and more muscle growth.

Unlike glute bridges, which take place on the floor, hip thrusts are performed with your back positioned on a step or bench. This allows your shins to remain vertical for a larger portion of the movement and for an increased range of motion. Because of the increased range of motion, you might find barbell glute bridging on the floor a better option if you struggle with hip-hinging mechanics. However, if you want to target and strengthen your glutes effectively, include hip thrusts in your training plan.

This video will show you exactly how to perform barbell hip thrusts using perfect technique (proper form) so that you can get the most out of this great exercise that targets your glutes.

Here are all the muscles involved while performing the barbell hip thrust exercise.