Guarana is marketed as a performance-enhancing stimulant as well as an ingredient in pre-workout supplements, energy drinks and weight loss products.

What is Guarana (Paullinia Cupana)?

Guarana is a Brazilian herb that may be found in supplements and foods (because it is generally recognized as safe). It has become a popular addition to energy drinks owing to its high caffeine content. Guarana is named after the Guarani Amazonian tribe that originally used the seeds to brew tea. The tribe also added the crushed seeds to food and beverages to increase alertness and decrease fatigue. Guarana’s effectiveness comes from the fact that its seeds contain 4% to 5% caffeine (whereas coffee beans contain only 1% to 2%).

What are the possible benefits of guarana?

However, keep in mind that not enough research in humans is available to evaluate the efficacy of the claims, or the quality of research is poor. Even though there is much clinical support for the use of caffeine on the claims of mental and physical performance, claims for the use of guarana as a whole herb remain largely unfounded.

No clinical work has been per­formed on guarana as a single ingredient. Its use as a supplement relies on its traditional medicinal use and the strength of the research behind caffeine for inducing alertness, suppressing the appetite, and promoting thermogenesis. Although caffeine is accepted as the major active ingredient, other important compounds in guarana are under ongoing investigation, including polyphenols and saponins (Henman, 1982).

The use of this ingredient for athletic performance has been tested in mice on measures of exercise-induced hypoglycemia and in physical and cognit­ive tests with favorable results. Additionally, a mixture of herbs including guarana was found to relax rabbit corpus cavernosum (Antunes et al., 2001; Espinola et al., 1997).

Guarana supplements contain as much caffeine as is found in 1 to 2 cups of coffee. You can easily find this herb in many pre-workout supplements, energy drinks, and weight loss products. Guarana is also being added to many energy gels and energy bars.

Furthermore, it is also available as an stand-alone product in capsule, liquid, and tablet form, and may also be bought fresh in the form of its seeds.

The active constituent of guarana is caffeine (the same caffeine found in coffee and tea). Typically guarana supplements contain 30-50 per cent caffeine. They also contain theobromine and theophylline. These substances are central nervous system stimulants and can increase the metabolic rate, increase alertness and reduce fatigue. 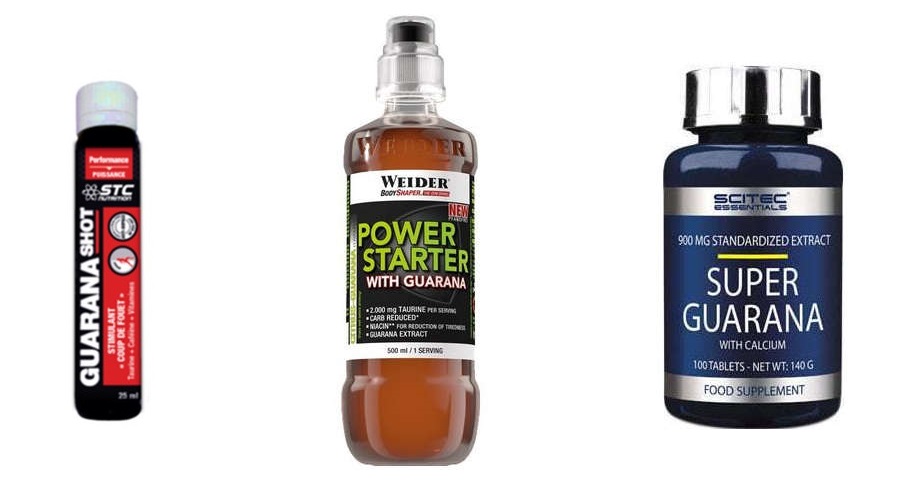 Tradition­ally, guarana has been used as a mental, physical, and sexual stimulant. Today, guarana is mostly used for energy, for athletic performance, and in weight loss formulations. There have not been any studies on guarana and athletic perfor­mance. However, many studies have shown that caffeine can increase endurance and exercise performance. A review of studies suggested that any performance-enhancing benefits of guarana-containing energy drinks are attributable to their caffeine and sugar content.

You should give a try to this supplement. Please give your vote to this herb!