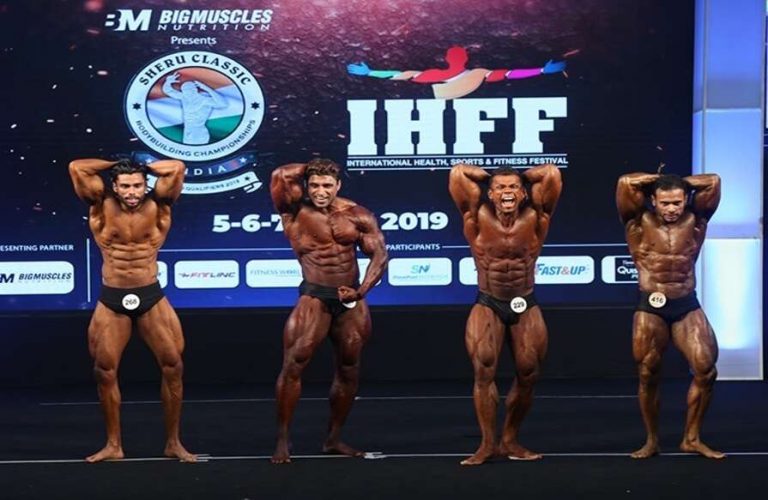 A bodybuilding posing routine is a choreographed set of movements and positions designed to showcase the muscles in the most aesthetically pleasing way possible. Posing routines are usually performed on stage in front of an audience and are often quite complex, involving multiple changes of position and a great deal of coordination.

Bodybuilding posing routines are essential for a number of reasons.

A bodybuilding posing routine is an excellent tool for increasing muscle size and definition. The resistance provided by the pose helps to work the muscles, resulting in increased muscle size and definition. In addition, the posing routine can also help to improve flexibility and balance. By practicing the poses regularly, you can improve your range of motion and develop better balance. As a result, you will be able to perform the poses with greater ease and achieve better results.

Posing routines are an important part of bodybuilding championships, as they allow the judges to get a good look at the muscles of the competitors. They are also often used as entertainment and can be quite spectacular to watch.

Types of the bodybuilding posing routine

There are three types of bodybuilding posing routines that follow in all famous bodybuilding competitions as per their rules and regulations.

The judges compare you to the other competitors when you are standing relaxed to the front, from the side, facing the rear, and then from the other side. They look for a combination of size, symmetry, proportion, and definition in your physique compared to your opponents.

The most common type of posing routine is the freestyle routine. This is where the competitor can choose any music they want and create their routine. This is a great way to show off your personality and get the crowd going. Also, this is the most artistic part of the contest and allows each competitor to show his or her creative side.

Another popular type of posing routine is the compulsory routine. This is where the competitors are given a set of poses they must perform in a specific order. This ensures that all the competitors are judged fairly and allows the audience to see all the physiques on display.

No matter what type of posing routine you choose, there are a few things to remember.

First, make sure that your routine is clean and fluid. There should be no pauses or breaks in your routine, as this can be distracting to the judges and audience.

Second, make sure that your routine is creative and original. The judges want to see something they haven’t seen before, so don’t be afraid to try something new.

Posing routines also help bodybuilders to develop better symmetry and proportions. By following the necessary steps, you can achieve the best result in your bodybuilding posing round in all competitions.

Step 1: Start by introducing yourself to the judges and the audience. Give them a brief overview of your bodybuilding career thus far.

Step 2: Strike a series of classic bodybuilding poses, such as the double front biceps, side chest, back double biceps, and front lat spread. Make sure to flex your muscles hard and hold each pose for a few seconds.

Step 3: Finish your routine with a signature pose that shows off your best muscles. This could be something like a front biceps curl or a side triceps extension.

Step 4: Thank the judges and the audience for their time, and confidently walk off stage. Many bodybuilders take this last step very lightly, but it is the most important step. This thankful gesture tells everyone how pleasing and grateful you are for this opportunity and leave a positive impact.

Also, when you go to your first contest, don’t limit your observations to the competitors and their routines. Sit back and take in what corporate executives call the “big picture.” Watch the judges. Make note of which competitors they call out most frequently. What seems to catch their eyes? Which competitors cause the most discussion? Listen to the audience. Which posing routines get them clapping and “into it?” Which routines are met with silence? Don’t be afraid to eavesdrop. Bodybuilding audiences are among the most knowledgeable in the world, and you can learn a great deal just by listening to the chitchat that takes place among the judges and audience members.

Bodybuilding doesn’t receive the same coverage as other mainstream sports such as football, baseball, and basketball, but by all definitions, bodybuilding is a sport. Compare bodybuilding to gymnastics and figure skating. Competitors in all three sports train hard, perform posing routines to music and demonstrate compulsory movements during competition. The rankings and placings in all three are determined by a panel of judges. The three sports are almost identical in organization, training, and competition!

When done correctly, bodybuilding poses and routines can make a dramatic difference in the way a physique looks. They can help to create the illusion of greater size and definition and can even make a person look taller and more muscular.

However, it is important to remember that poses and routines should never be used as a substitute for hard work in the gym. Poses and routines are simply tools that can be used to supplement the hard work that is being done in the gym. Used correctly, they can be a valuable asset in the quest for success in bodybuilding.

Finally, a great posing routine can take months to perfect but the results are worth the time and effort.