Supplements Guide: The Truth About Caffeine

Together, coffee and tea are the two most widely consumed beverages in the world. Caffeine is often the cornerstone of many fat loss and pre-workout supplements. So what makes it so special? Can caffeine affect weight loss and particularly belly fat? How effective caffeine is in promoting endurance and performance in athletes? Read this post and find all the answers.

Let’s be completely honest. Caffeine is drug rather than a nutrient. First discovered by a German chemist in 1819, caffeine is a chemical compound found in over 60 species of plants. However, it is usually considered a dietary supplement. That’s mainly because you can easily find it in many everyday foods and drinks such as coffee, cola, energy drinks and gels, black and green tea, and chocolate. It remains one of the most well researched and used ergogenic aids in the world, providing beneficial effects for both physical and mental performance. 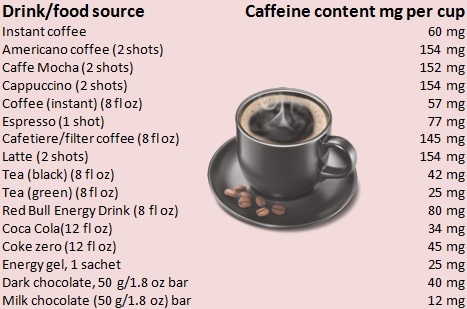 We will try to explain it in simple everyday language, even if this might be at the cost of some academic rigor. This chemical compound is absorbed within the stomach and intestine. Then it acts on the central and peripheral nervous system. It works by increasing levels of β-endorphins (hormone-like substances) in the brain. These endorphins affect mood state, reduce the perception of fatigue and pain, and create a sense of well-being. You will also feel more alert with a clearer flow of thought, increased focus, and better general body coordination.

Perhaps the most interesting aspect of caffeine involves its role in physical activity. We’ve known for years that small amounts of caffeine can improve endurance and performance in athletes. But, even for people who aren’t athletes, one cup of coffee containing about 100 to 200 milligrams of caffeine an hour or so before a workout will give you a jolt, allowing you to work out longer and better. You will be able to better sustain exercise intensity as well as cognitive abilities, including concentration, focus, reaction time, and tactical decision making, throughout competition. It can also help increase muscle fibre recruitment and thereby boost performance in anaerobic activities. 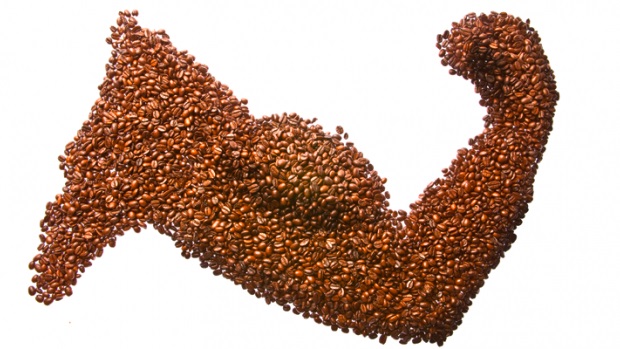 The question is, can caffeine affect weight loss and particularly belly fat? Short answer would be: Not very likely!

In the short-term caffeine speeds up metabolism and suppresses appetite, which leads to a slight increase in burning calories. For people who aren’t used to drinking caffeinated beverages, this ingredient can also result in weight loss through water loss. This diuretic effect doesn’t happen with regular caffeine drinkers.

On the other hand, caffeine raises levels of our stress hormone cortisol, which can lead to weight gain. It also temporarily elevates blood pressure.

We can therefore conclude that although caffeine is touted as a “fat burner”, there is no evidence to support that caffeine alone has a significant effect on fat or weight loss. Caffeine does potentiate the effect of ephedrine, which is used for weight loss. For additional information about caffeine and ephedrine together you can read this post.

When to take caffeine?

Performance benefits occur soon after consumption, so you may take caffeine 30-60 minutes before exercise, during your session (if you are exercising longer than an hour) or during the latter stages as fatigue begins to occur. It appears that relatively low doses (1-3 mg caffeine/kg) are just as effective as higher doses. This equates to 70-210 mg caffeine (equivalent to approximately two cups of coffee) for a 70 kg person. Caffeine appears to be more potent when consumed in pill or capsule form than as coffee.

This chemical compound is often combined with other weight-loss dietary supplements, including other ephedra-like stimulating drugs such as desert tea, country mallow, Sida cordifolia, and heartleaf.

Are there any side effects?

It is important to note that high doses of caffeine can also have some negative side effects. The effect of caffeine on the body differs between individuals. Some people experience a performance benefit, some do not respond to it, while others experience side effects such as tremors, elevated blood pressure, increased heart rate and headaches. These side effects are more common at higher doses, i.e. 6-9 mg caffeine/kg.

Caffeine if often the main ingredient of many weight-loss and pre-workout supplements. There’s good evidence that caffeine significantly enhances performance for most types of endurance, power and strength activities. However, it does not enhance weight loss, but may delay fatigue and improve mental sharpness.

A regular cup of coffee contains approximately 100 mg of caffeine, so caution is advised when taking doses of caffeine that are much higher than this. Caffeine in pill form seems to be more effective than coffee.