This old school exercise is the best movement for developing massive calves. There is no reason to limit your calf work to standing and seated raises. Maximize training angles and muscle recruitment with variations like donkey calf raises to target different aspects of the calf muscles.

Although donkey calf raise is not as popular as the standing or seated calf raises, it is superior to both of these movements. This exercise is so effective because the resistance is located directly over the hips rather than on the shoulders. This leads to a greater stretch of the calf muscles and a more direct contraction.

You can perform this calf exercise by using a donkey calf raise machine that only some gyms provide. These machines try to mimic the original exercise, but they are a poor substitute for the real thing. If you don’t have access to this machine, you will need to go back to the old fashion donkey calf raise (original) – where you need the help of a partner.

This exercise, which isn’t done often, is identical to the standing calf raise, except that you have someone sitting on your hips as you go up and down. This may seem odd, and it does look a little strange, but the idea is to increase the resistance as you do calf raises.

STARTING POSITION (SETUP): Place the balls of your feet on a small platform (block), allowing enough room for your heels to hang off the edge (to descend for a full stretch). Bend your torso until it’s almost parallel to the floor and hold on to something stable for support such as an incline/flat bench (or you can use the side of a squat rack that has safety bars on the side). Have a training partner straddle your hips so that his or her body weight provides resistance. Slowly let the heels drop as far as possible. 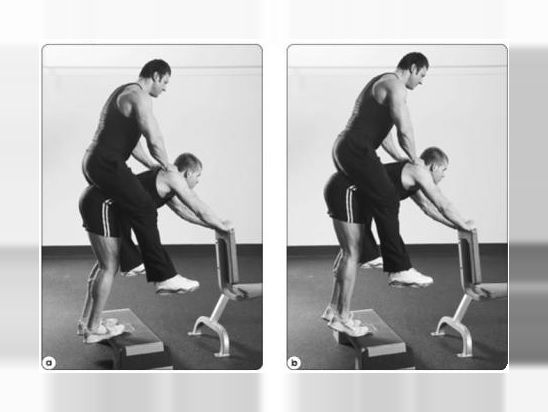 MOVEMENT (ACTION): Flex your calves, raising your heels up as high as possible before returning to the starting position where your calves are stretched, heels hanging off the edge. Hold the bottom and top positions for a second or two to feel the muscles working. 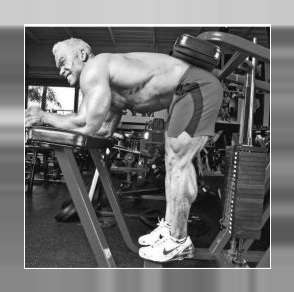 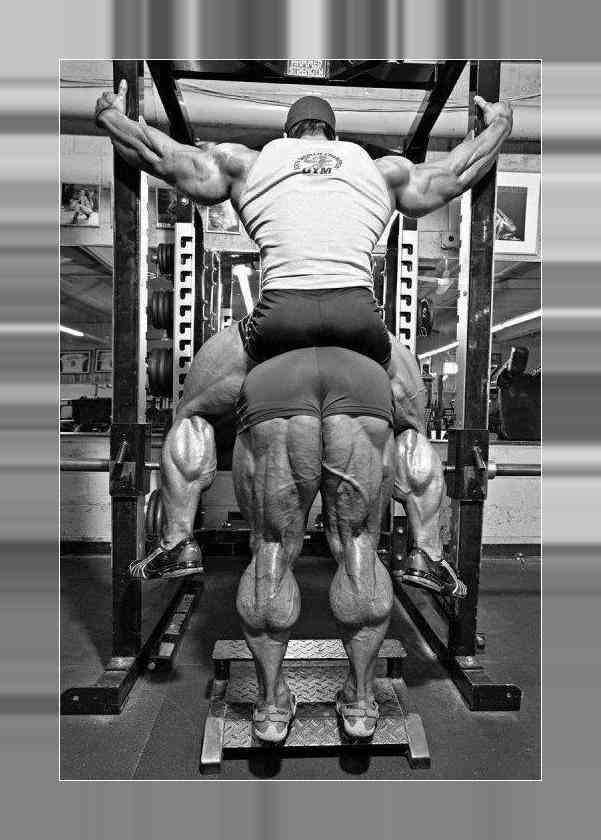