Well defined upper arms are not only impressive, but their strength is called for in many sports. EZ-bar preacher curl totally isolates the showpiece muscles at the front of the upper arms. Because your upper arms rest on the apparatus, shoulder flexion is removed from the form the lift.

Nothing looks as impressive as a front double biceps pose that shows no gap or space between the upper forearm and lower biceps. Unfortunately, biceps length is primarily genetic. But you can create the illusion of increased length by targeting the lower biceps. And without a doubt the No. 1 exercise for hitting the lower biceps is the preacher, or Scott, curl. You can use the straight or EZ-curl bar, dumbells or a cable machine for this exercise. Try them all.

This exercise uses a “preacher bench,” (also called “Scott bench”) which has a small seat and an armrest platform about chest high that slopes down and away from the seat.

STARTING POSITION (SETUP): Set the support pad of a preacher bench so you can sit with the top of the pad beneath your armpits and your upper arms at 45-degree angle to your torso. Load an EZ-curl bar and set it in the supports. Grasp the bar with an underhand (palms facing up), shoulder-width grip, and hold it with your elbows bent slightly. 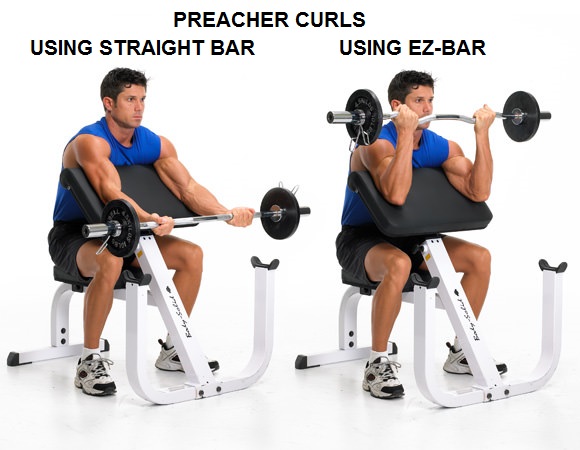 MOVEMENT (ACTION): Curl the bar up until it’s just short of the point at which tension is reduced because the bar is moving horizontally (and thus has no resistance from gravity). Squeeze your biceps for a count at the tip, and then slowly lower the EZ-bar to the starting position.

There are some tips that will help you get even more out of this already amazing biceps exercise. 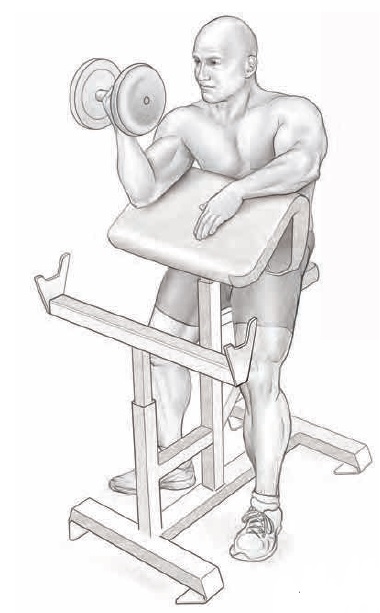 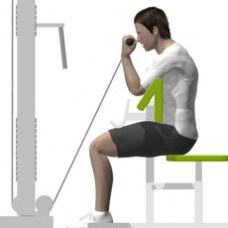 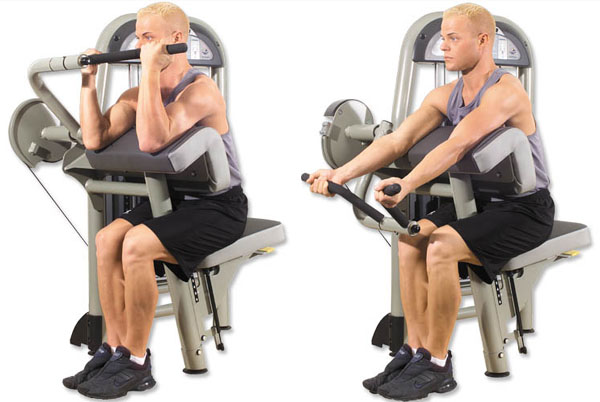 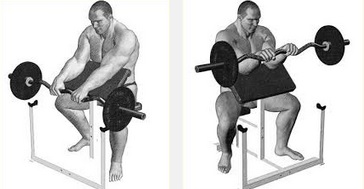 To add variety to your biceps workout routine, replace the EZ-bar preacher curls with a different exercise from our database that works the same muscles – biceps brachii. Each exercise works the bicep and supporting muscles slightly differently.

EZ-bar preacher curl was popularized (though not invented) by Larry Scott, who adapted the bench used by his father, a preacher. The bench used for this exercise should have a steep incline, to ensure resistance in the position of full muscular contraction. Today that piece of equipment is referred to as a “Scott bench” or “preacher bench.”

EZ-bar preacher curl is one the best exercises for working the biceps. Because this movement is done in a seated position, it is easier on your back than standing curls. Furthermore, stabilizing the upper arm maximizes stress and makes each repetition more efficient. In other words, resting the upper arms on the preacher bench prevents movement at the shoulders and thereby helps isolate the biceps. That’s why this biceps exercise is a great way to prevent cheating and to provide a perfect biceps contraction by separating the elbow movement from the rest of the body. 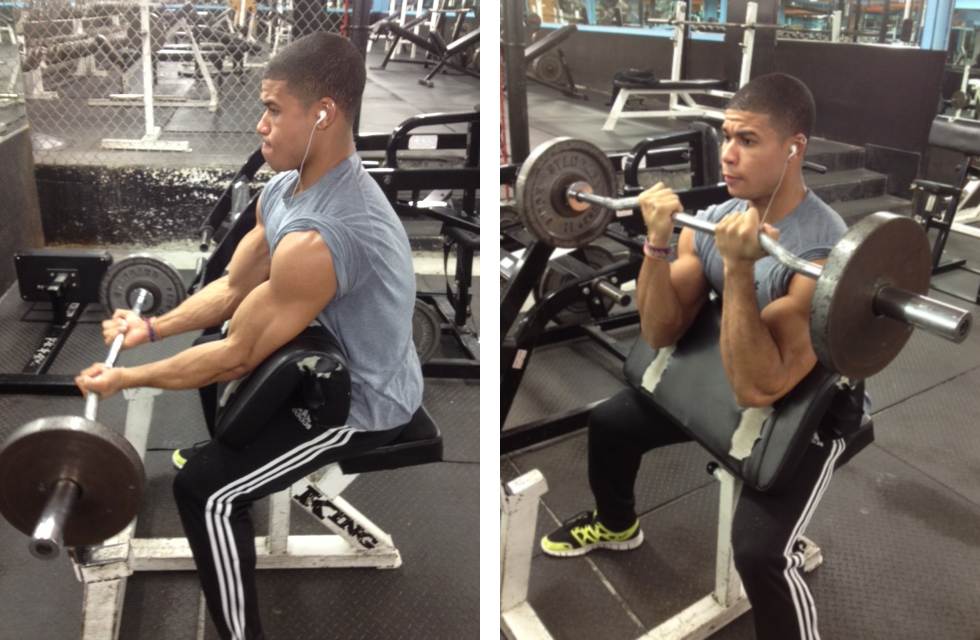