The Anatomy of the Hamstring Muscles

At the back of the upper leg behind the thigh (quadriceps) there are three muscles known as the hamstrings. They are the antagonistic muscles to the quads.

The hamstrings in the back of the thigh consist of three separate muscles: 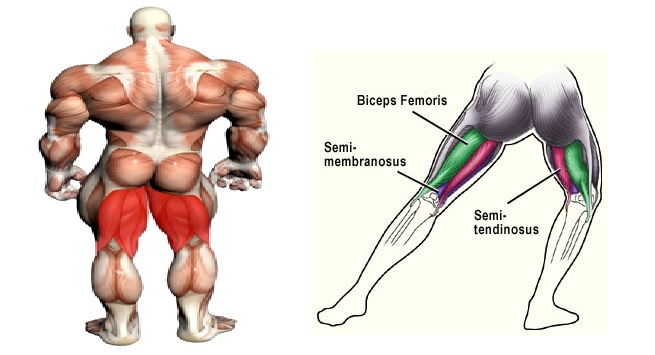 The anatomy of the hamstring muscles

Location of the Hamstring Muscles

As we have already mentioned, the hamstring muscles run along the back of your thigh, from your pelvis to your lower leg. 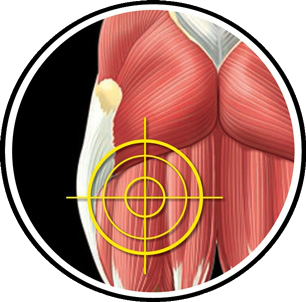 What Is the Purpose & Function of the Hamstring Muscles?

Like the majority of muscles of the lower limb, the hamstrings are vital to gait as well as a number of other body movements.

The primary functions of the hamstrings are knee flexion (bringing the heel toward the butt) and hip extension (moving the leg to the rear).

Their main roles include assisting in walking, running and jumping, as well as having a role in trunk support. The hamstrings also have a role in rotating the leg both internally and externally, however this role is minor. They also have a role in knee stability during both gait and stance.

Because the hamstrings can produce three significant actions (extension of the hip, flexion of the knee, and outward and inward rotation of the knee), all those actions should be trained at some point.

The basic function of the hamstring is knee flexion. Exercises that train that movement are a variety of leg curls such as seated, prone, dumbbell, and ball leg curls along with the glute-ham raise (GHR), a more challenging variation.

The hamstrings (in tandem with the glutes) produce hip extension in such exercises as the squat, leg press, lunge, step-up, and reverse hyperextension exercises.

The hamstrings also cause trunk extension and are particularly emphasized when the knees are held relatively straight during this motion. Examples include the stiff-legged deadlift, romanian deadlift, and good morning exercises.

Any exercise that flexes the knee or extends the hips against resistance will work the hamstrings. Some of the best workouts include all varieties of:

Despite the hamstring muscles arguably being the most important muscle group for athletes, they are often laggards in physique competitions. You may see an entire lineup of bodybuilders with massive upper bodies and thick quads, but few will have well-developed hamstrings.