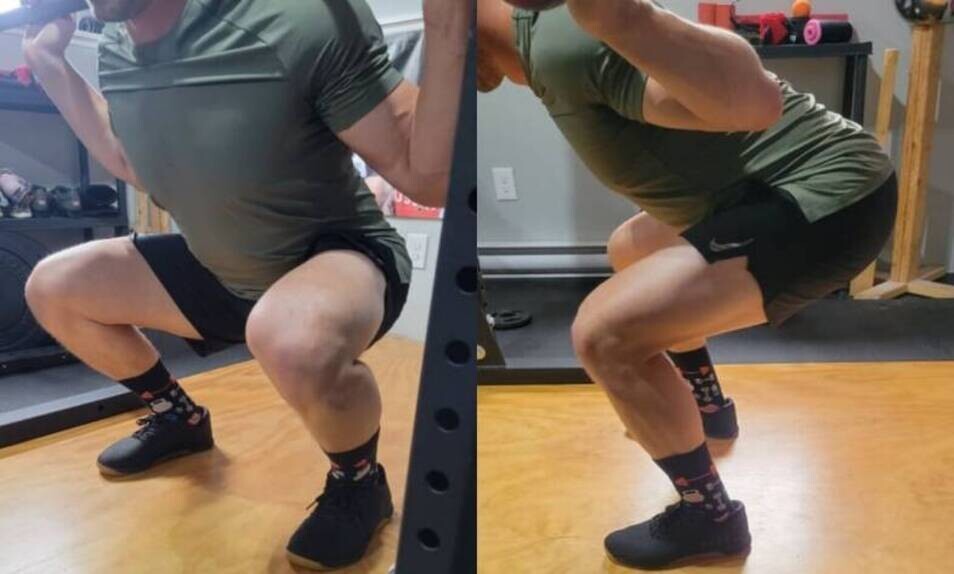 Hip versus quad emphasis in lower body exercises is an interesting and very important topic! In order to structure effective lower body training programs it is crucial that you have a completely understand the differences between hip dominant and knee dominant (quad dominant) exercises. Without knowing these differences it’s very likely that you’ll unwittingly neglect some lower body muscle groups and develop physique and strength weaknesses.

The key word here is “primarily”. This is because many exercises train and have aspects of both, but often focus on one or the other. Just because an exercise is hip dominant, does not mean it is not training the quads, and vice versa. Also, by varying how you execute different exercises, you can make hip-dominant exercises more quad-oriented and vice versa.

The way you perform any given exercise can have a profound effect on which muscles are emphasized. For example, you can perform a squat with a relatively vertical or horizontal trunk angle as shown in figure 1 on the image below.

Basically speaking, maintaining a trunk angle of greater than 60 degrees at the bottom of a squat emphasizes the quadriceps more than the hips, while a trunk angle of less than 60 degrees emphasizes the hips. You can use the shin angle as a guide for determining which muscles you will emphasize. The shins travel forward to emphasize the quadriceps (see figure 1a) but remain mostly vertical to emphasize the hips (see figure 1b).

Importantly, this categorization is not limited to the squat: It carries over to all lower body exercises. Two examples are appropriate here.

First, a forward lunge emphasizes the quadriceps since the shin travels forward. You can also perform a reverse lunge with a vertical shin angle to emphasize the hips, as shown in figure 3.

Put another way, a reverse lunge spares the knees, making it a joint-friendly option for those who have knee pain.

Second, a deadlift can begin with the shins angled forward to emphasize the quadriceps or remain vertical to put a greater emphasis on the hips, as shown in figure 3.

When designing functional training programs, it is helpful to categorize lower-body strength exercises into either hip-dominant or knee-dominant movements. Organizing all lower-body movements into either of these two subdivisions can ensure simple and balanced programming.

Hip-dominant exercises like deadlifts and bridges focus primarily on development of the posterior chain musculature, specifically the glute and hamstring muscle groups.

However, if you have cranky knees, an exercise that emphasizes the hips more than the knees might prove to be a better programming option, as opposed to skipping a lower body exercise altogether, which will impair your results. For example, if you see a forward lunge in your workout, you can replace it with a reverse lunge to spare your knees. Conversely, if you want more quadriceps development, you can adjust the technique of any hip-emphasis exercise to have a greater quad emphasis, as covered earlier.

Portion Guide: How to easily track your food intake without weighing your groceries