Incline cable fly targets the fibres of the clavicular head of the pectoralis major (upper chest). Essentially, the technique used is the incline cable fly is the same as in the basic exercise (flat bench cable fly) but on a bench set at an incline of 30° to 45º. This variant is excellent to achieve congestion of the upper part of the pectoral muscle, where dumbbell flyes are less effective. As a consequence, it works out an area of the pectoral muscles that is otherwise difficult to train, and the inclusion of this exercise in your training routines is recommended. 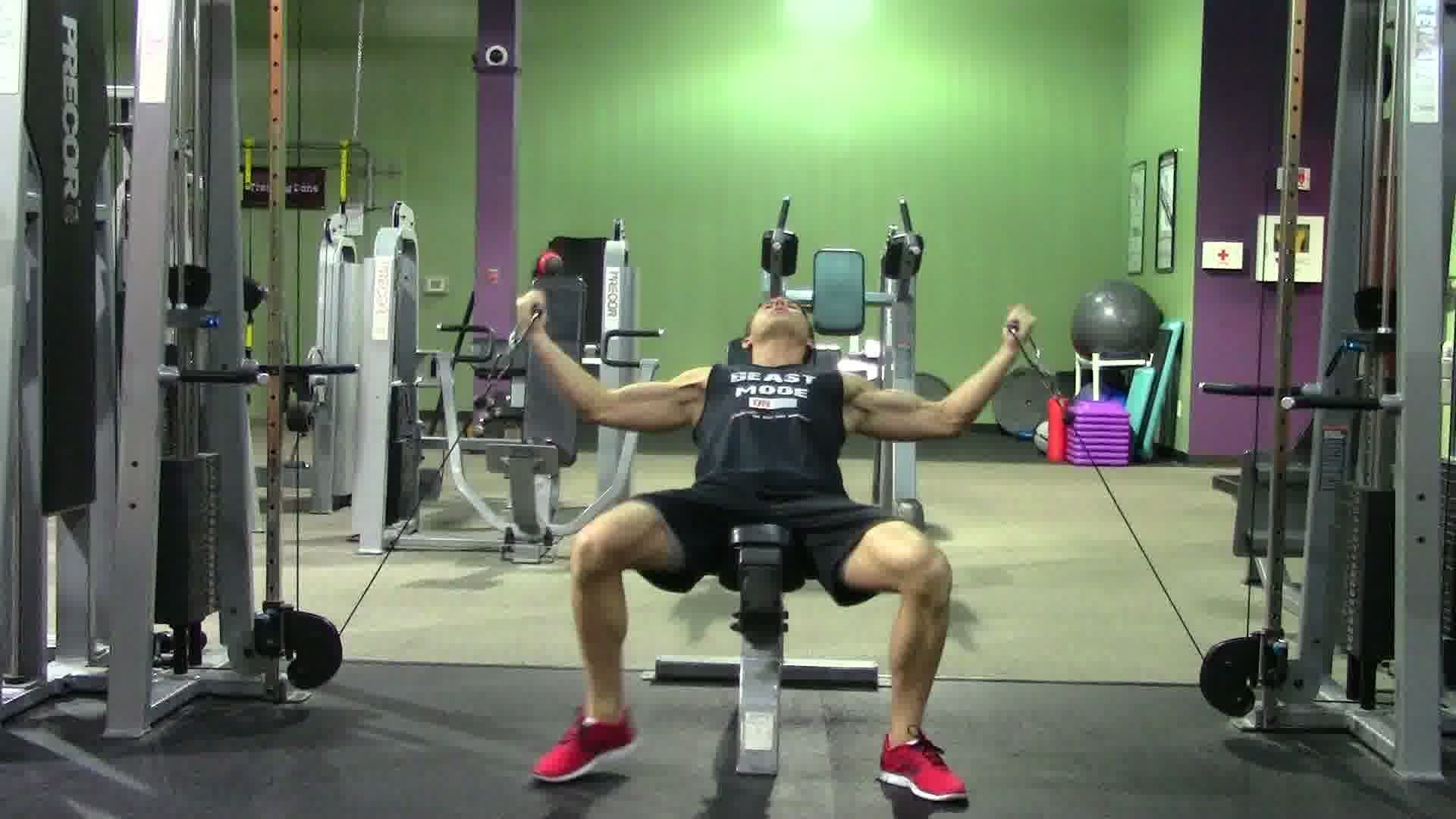 How to Do an Incline Cable Fly?

STARTING POSITION: Set the pulleys at the floor level (lowest level possible on the machine that is below your torso). Place an incline bench (set at 45 degrees) in between the pulleys, select a weight on each one and grab a pulley on each hand. With a handle on each hand, lie on the incline bench and bring your hands together at arms length in front of your face. Your shoulders should be roughly in line with the pulleys. This will be your starting position.

EXECUTION (ACTION): Maintaining a slight bend in your elbows (in order to prevent stress at the biceps tendon), lower your arms out at both sides in a wide arc until you feel a stretch on your chest. Breathe in as you perform this portion of the movement. Keep in mind that throughout the movement, the arms should remain stationary. The movement should only occur at the shoulder joint. Return your arms back to the starting position as you squeeze your chest muscles and exhale. Hold the contracted position for a second.

At the top of each rep, cross your hands over one another so that your wrists touch. Squeeze your pectorals together in this position.

Instead of using cables, you can do flyes on a machine or using dumbbells.

Visit our upper chest exercise database to find those exercises.

Keeping your arms slightly bent, pull the handles in front of you as if you were hugging a barrel, squeezing your chest when your hands are above your torso.

Bring the cables together over your upper chest until the handles barely touch (or you can also lift the cables slightly past the point where the handles touch).

Don’t lower the weight too far to the side on the way down.

The inclusion of the incline cable fly in your training routines is highly recommended. Cables provide many benefits over dumbbells: you’re able to maintain steady, constant tension throughout the entire exercise (range of motion). During a free-weight fly, the resistance is very uneven over the range of motion. The tension is very high in the stretched position, which increases the risk of overstretching the tendons of both the chest and the long head of the biceps. As you bring the weights up, the resistance decreases dramatically. It is almost null at the top of the movement. The second advantage of the cable over dumbbells is that you can bring your arms either toward your abdomen or toward your head (or anywhere else between these two points) to change the angle at which the pectoralis muscles work.