Every athlete who does resistance exercise knows at least a little bit about hormones. They are the agents that drive muscle development. Nearly every physiological function in the body is regulated by hormones – chemical messengers that travel via the bloodstream in the body to target tissues (such as muscles). Hormones are released in response to three stimuli: other hormones, stimulation of nerve fibers (which is what you would expect during exercise), and also changes in the levels of certain nutrients in the blood. They are largely responsible for the fuel selection, partitioning of nutrients, and gene regulation that ultimately affect body composition and muscle mass. In general, athletes classify hormones as good (anabolic) or bad (catabolic). One widely known anabolic hormone is insulin. In this post you will find out what every bodybuilder should know about this muscle building hormone.

Insulin is a hormone produced by the pancreas that allows glucose (obtained from foods containing carbohydrate) to be absorbed from the bloodstream into the cells. This is very important because glucose is the main source of energy that the body needs in order to function properly. In other words, this hormone promotes glucose uptake by the tissues from the blood, glycogen formation, and protein synthesis in the presence of sufficient amino acids (by decreasing catabolism).

Insulin has three places to store that food (glucose):

The amount of insulin you produce with any given meal is proportional to the amount of carbohydrate in the meal, and how fast they reach your bloodstream. A food with a low glycemic index (GI) typically raises blood sugar levels only moderately, while a food with a high GI may cause blood sugar levels to increase more than desired.The higher the glycemic index of a food, the greater chance that you will experience an insulin spike which will potentially affect your metabolism. 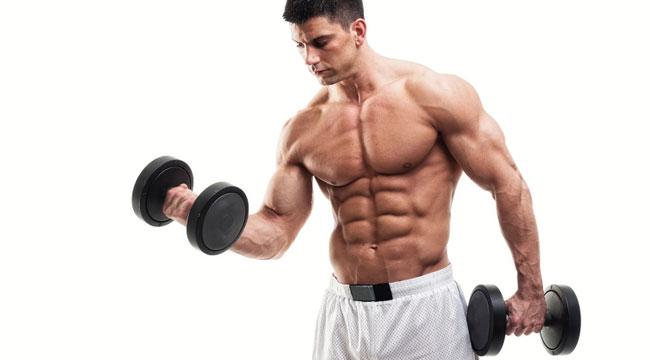 Insulin is a very important bodybuilding hormone because:

Insulin increases net muscle protein by increasing amino acid transport into the muscle cell, by increasing protein synthesis and by reducing protein breakdown. Without the presence of insulin, many of the body’s cells cannot take glucose from the blood and therefore the body uses other sources of energy.

As we have already mentioned, this hormone lowers blood sugar levels by shuttling the glucose into muscle and liver cells. Once your muscle “warehouse” and liver “warehouse” are full insulin has to carry the remaining glucose somewhere else – unfortunately the next available “warehouse” is your fat cells. So insulin can also stimulate the storage of fat. As you can see, insulin is a double-edged sword and you must learn to control your Insulin levels to maximize the benefits of muscle building and to minimize the effect of fat storage.

Role of Insulin in Carbohydrate Metabolism

As noted before, this hormone acts like a shuttle that takes the building blocks—glucose, protein, and fat—to the cells of the body. This action is beneficial and necessary, but if blood sugar rises rapidly, a large amount of insulin will be secreted to handle the increased level of glucose in the blood and a large number of building blocks will be deposited around the body, which can contribute to undesired weight gain. In addition, if the body is subjected to repeated spikes in insulin, regularly for months and years, the body may become insulin resistant, in which case the insulin does not work as it should and the blood sugar remains elevated beyond its normal range for extended periods. This circumstance can be a precursor to type 2 diabetes.

Insulin sensitivity is a measure of how well a person’s body utilizes insulin. It’s well known that greater insulin sensitivity has a number of benefits including: greater muscle growth, body fat loss, less inflammation. In fact, when people are very sensitive to insulin, they are much less likely to store fat and tend to have a more muscular body composition. In other words, when you are insulin sensitive you put carbs where they should go (mostly muscle, liver and very little in fat tissue.) When you are insulin resistant  you tend to store carbs as fat very easily. So knowing that, your carbohydrate amounts, type and timing will vary based on if you feel you are insulin sensitive or insulin resistant. In order to increase your insulin sensitivity (decrease insulin resistance) you should: eat low – glycemic carbohydrates, make exercise part of your lifestyle, eat your omega 3 fatty acids, increase your fiber intake, avoid trans fat, limit fructose consumption, avoid fast food, go high in protein, flavor higher carb food with cinnamon, turmeric, or fenugreek, get enough magnesium, avoid eating late at night, get enough sleep, eat more vegetables, etc.

Anabolic hormones – including insulin, testosterone, growth hormone,  and IGF-1 – are involved in the replenishment of fuel stores and the repair, rebuilding, and growth of muscles. Contrary to popular belief, insulin is one of the most powerful anabolic hormone – probably the most important hormone of all in relation to muscle growth. It is not all good all the time, however. If you are sedentary and have a high-carbohydrate diet, insulin can increase fat stores. But if you are a strength athlete who trains smart, you will find yourself harnessing the great power of insulin to achieve your goal of gaining muscle mass and strength and keeping your body fat level very low. To use this to your advantage, try to create an insulin spike after your workout. This is the most important time to do this. Another prime time would be when you wake up. You do not want to bombard your body with insulin in other times of day, however, because it can be fattening.