The sumo squat takes its name from the Japanese sumo wrestler’s wide stance. Because the bell stops you when it touches the floor, your squat depth won’t be nearly as deep as with a goblet squat or a regular back squat. Your squat depth will also vary depending on the size of the bell.

The main difference between the two exercises is the placement of the kettlebell. Therefore, the goblet squat is the same movement as the sumo squat, except you hold the bell in front of your solar plexus.
Sumo squat, on the other hand, requires you to hold the bell between your feet, limiting your squat depth. In order to perform deep sumo kettlebell squat you will have to stand on an elevated platform (each leg placed on one sturdy box). This will allow the kettlebell to travel beyond the level of your feet and make your muscles work harder.

How to do the kettlebell sumo squat with perfect form? 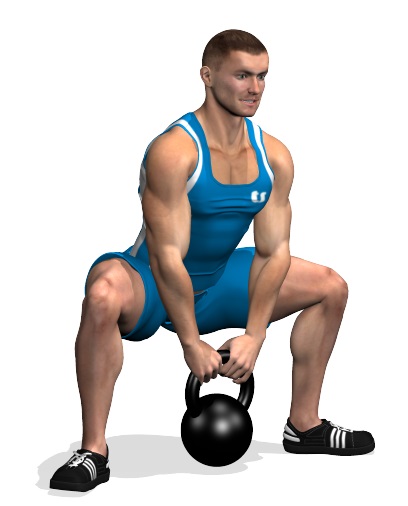 There are some tips that will help you get even more out of this already amazing lower body exercise:

Varying the width of your feet

Varying the width of your feet during the squat can change the muscles targeted. Keeping them at about shoulder width and slightly turned out results in the muscles of the entire thigh doing equal work. When you narrow your stance, the focus is on the quadriceps, and the knee joints experience greater pressure. Adopting a very wide stance works the inner thighs, hamstrings, and glutes more. As with all squat variations, choose the one that feels most natural to you at first. Later, you can adopt a position that targets particular muscular zones.

So what muscles does the kettlebell sumo squat work? With this type of squats, the load on the muscles is slightly different than with normal squats. The sumo squat places more emphasis on the inner thigh adductors, which move your legs in toward your body, and glutes. 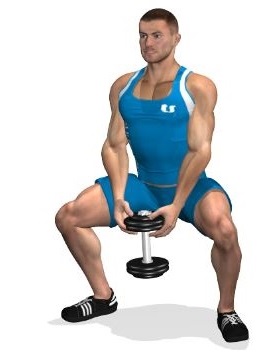 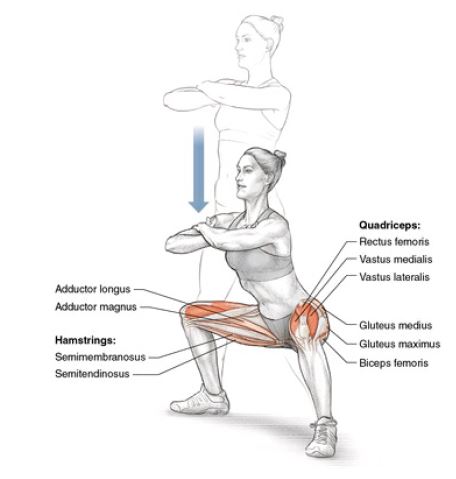 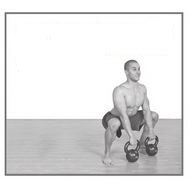 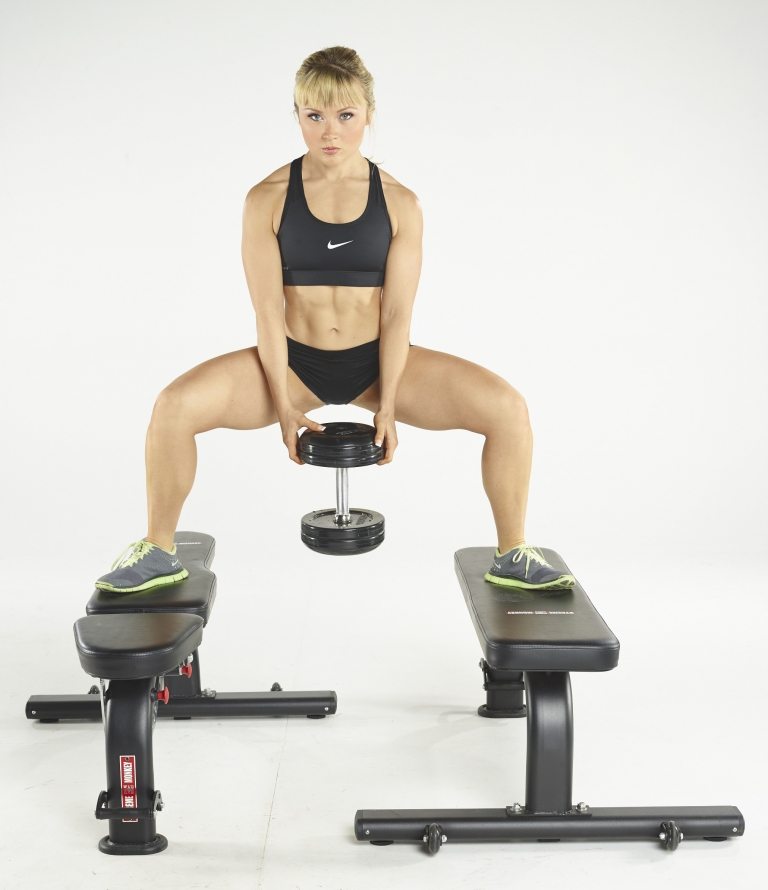 How to make the sumo squat easier?

If you find the kettlebell sumo squat too challenging, you can do two things. You can either perform the bodyweight sumo squat or, decrease your range of motion when using kettlebell – only drop a quarter to a half of the way down.

How to make the sumo squat harder?

Because you’re going to be limited by your grip, you can increase the difficulty of this movement by adding a five-second pause at the bottom of each repetition.

With all the different types of squats to choose from, you can say goodbye to workout boredom. Try these  squats for every need and fitness level.

The kettlebell sumo squat is an excellent exercise because it teaches you to squat using more than just the quadriceps. In this case, the hip adductors and abductors come into play more because of the biomechanics of the exercise. Keep the chest up and get a nice stretch in the hip extensors at the bottom of the movement.