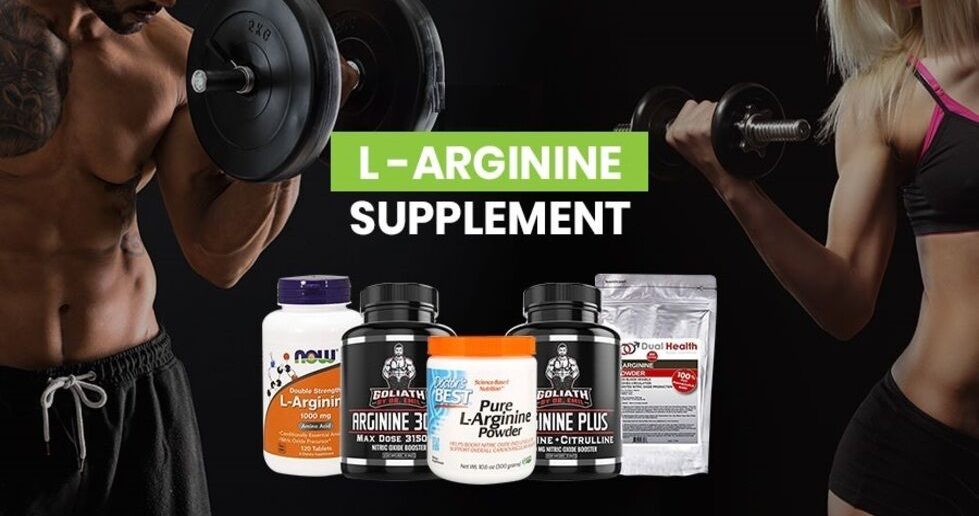 Why L-Arginine Isn’t Such a Great Pre-Workout?

Arginine is an ingredient found in tons of products on the market these days (mostly pre-workouts). It’s also sold by itself (as a standalone supplement) and marketed mainly as a pump enhancer – which is something most people aspire to. In this article, we’ll be discussing the science behind this popular supplement which is greatly overestimated among bodybuilders and fitness enthusiasts.

Arginine is an amino acid found in dietary protein and produced in the body that is used to synthesize nitric oxide. It’s a conditionally essential amino acid. That would mean it’s an essential amino acid in infancy/early childhood, and under stress conditions where the body cannot manufacture sufficient L-arginine to meet increased demand.

What are the best food sources of arginine?

Arginine is found mostly in meat, specifically in red meat, poultry meat such as turkey and chicken breasts, in fish and dairy products. It is also present in the seeds of pumpkin, soybeans, peanuts, spirulina, in the chickpeas and lentils. Take a look at the following table for more details.

Main reasons why arginine is needed by our body

Your body needs arginine for several reasons. We will list only some of the more important ones.

Arginine is an amino acid involved in the process of forming nitric oxide (a compound that relaxes the blood vessels). What that actually means? In the human body it’s been shown to be a vasodilator (due to its ability to produce nitric oxide) which helps with blood pressure and blood flow. What it does is it helps keep your blood vessels wider allowing more blood to flow through them.

Secondly, arginine is one of the three substrates for creating creatine which is an important nutrient whose deficiency can cause mental retardation. It is also used in the production of agmatine, a signaling molecule in the body and is also an intermediate in the urea cycle along with L-ornithine and L-citrulline. It helps rid the body of ammonia (a waste product).

What are the potential health benefits of arginine?

Here are the six most important health benefits of L-arginine:

We can rightly say there’s a lot of potentially beneficial health properties associated with arginine.

L-arginine is often taken as a dietary supplement in sports for 3 main reasons:

What does the research say for athletic performance?

So what evidence exists to support manufacturer’s claims?

Arginine supplementation is quite popular among collegiate athletes, where 8% of them take it. Its main use is increasing the production of nitric oxide, a signaling molecule known to relax heart muscles, which can help reduce blood pressure. Arginine supplementation effects, however, is pretty underwhelming. Although arginine supplementation can increase serum levels by as much as 300%, there’s really no performance benefits from it. None observed from weight training nor was there many for improving endurance. Arginine is also not really good at actually activating nitric oxide production, rather, it’s just a substrate of nitric oxide production. Kind of like having more milk doesn’t mean you have more ice cream, you just have more materials to make ice cream. So as the research currently stands, missing out an arginine supplementation isn’t going to kill your gains. Besides, you might be better off getting it from actual food in the first place.

When you take it orally in the form of powdered arginine it has a really hard time getting to your intestines so much so your body has to break it down. By the time it finally passes through them you’re not really seeing any of the benefit of this supplement. While in theory it’s good to have it in your system as it has many beneficial properties, taking it in orally through powdered supplement form has shown to be largely ineffective.

Side effects of arginine

Studies have confirmed that side effects are very rare when taking arginine for three months. Some of them, however, include nausea, cramps, stomach pain, diarrhea or headaches. Arginine can potentially be problematic in combination with low blood pressure medications, heart medications, or viagra. If you are taking these medications, be sure to consult your doctor in advance about consuming arginine.

Arginine can only be produced by the body of an adult, but only a very small amount. Therefore, we can supplement arginine to support its effects in the body. The average intake of L-arginine through food is about 5.4 g per day. The recommended daily dose of arginine supplementation, however, is not strictly defined. The usual dose ranges from 3 to 6 grams, although no side effects have been reported with a daily dose of L-arginine up to 20g. However, always check the indicated dosage on the package before taking the supplement. We also recommend taking arginine with food to avoid possible laxative effects.

Although L-arginine is a sought-after dietary supplement in athletes because of its alleged effect on increasing nitric oxide activity, due to poor absorption of L-arginine in the gut, experts advise taking L-citrulline instead of L-arginine.

Only about 20% of arginine is absorbed by the body, and it often causes gastrointestinal issues. As a result, arginine supplementation is less effective than citrulline malate. L-citrulline is a dietary supplement that is converted to arginine in the kidneys, and has a significantly better level of absorption. It’s able to increase plasma arginine levels more than exogenous arginine alone (taken as a dietary supplement).

Recent data suggest arginine may have some legitimate uses regarding health and well-being. For example, it can have beneficial effects on your health as it supports blood flow, strengthens immunity and relieves anxiety. It also brings benefits to patients suffering from diabetes and erectile dysfunction. However, despite the popularity of this supplement, there are no scientifically validated studies proving the positive effect of L-arginine in healthy athletes. Bottom line, we would not recommend this supplement to athletes at this time for increasing either muscle mass or performance. For that use, they get a thumbs down. It is much more reasonable to use citrulline malate instead.