Major Muscles of the Lower Body

Your lower body muscles are the foundation of your “house,” and we must condition them first. Butt and legs are home to the largest muscle groups in your body, and these muscles carry you everywhere you go, whenever you rely on your own locomotion. Understanding the anatomy of the lower body, particularly the muscle locations and their functions, will help you to get the most from the exercises and programs presented on this website. The muscles of the lower body work together to create a strong, stable base. Furthermore, having strong lower body muscles is key to living independently into old age.

The main muscle groups that compose the lower body include:

We’ll be unable to name every sport action that requires ample leg strength and power; there are simply too many to mention. Every ground sport that requires speed, power, and agility relies predominantly on the leg muscles. Moreover, even swimming, rowing, and climbing uses combined hip and knee extension for propulsion. 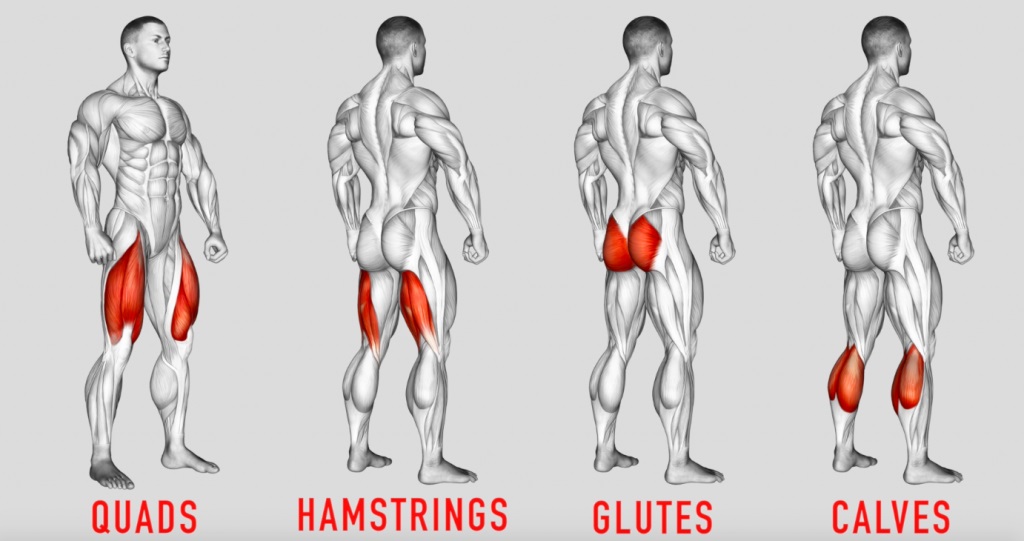 The quadriceps muscle forms the front of the thigh – anterior (forward) portion of the upper leg. Its name, derived from Latin, means “four headed”. It is a four-part muscle combining to form the quadriceps tendon, which inserts on the patella (kneecap). The quadriceps group consists of these four muscles—the rectus femoris, vastus medialis, vastus lateralis, and vastus intermedius, which are mainly used in knee extension.

If you look at any bodybuilder, you will notice that this group of muscles tends to be quite large and defined. Moreover, these muscles make up about half of your body’s overall muscle mass and are the most powerful muscles of the body. They support the body in a standing posture and are involved in extending the lower leg.

The quadriceps might be the most important muscles in vertical jumping, and they’re critical for running, cutting, landing, and decelerating as well. 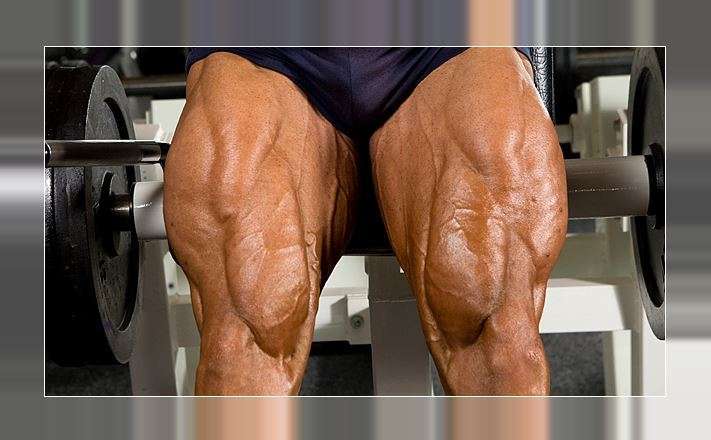 Three muscles, located in the back of the upper leg (posterior thigh), make up the hamstrings: the biceps femoris, semitendinosus, and semimembranosus. The hamstrings perform certain actions that help with mobility, such as bending (flexing) the knee, extending the hip, laterally and medially rotating the hip, and tilting the pelvis posteriorly (toward the back). Common exercises that  use the hamstrings are deadlifts, squats, and lower body plyometrics.

Therefore, strong and flexible hamstrings, just like strong quads, contribute to a strong stable base and help prevent injury by supporting the knee joint. 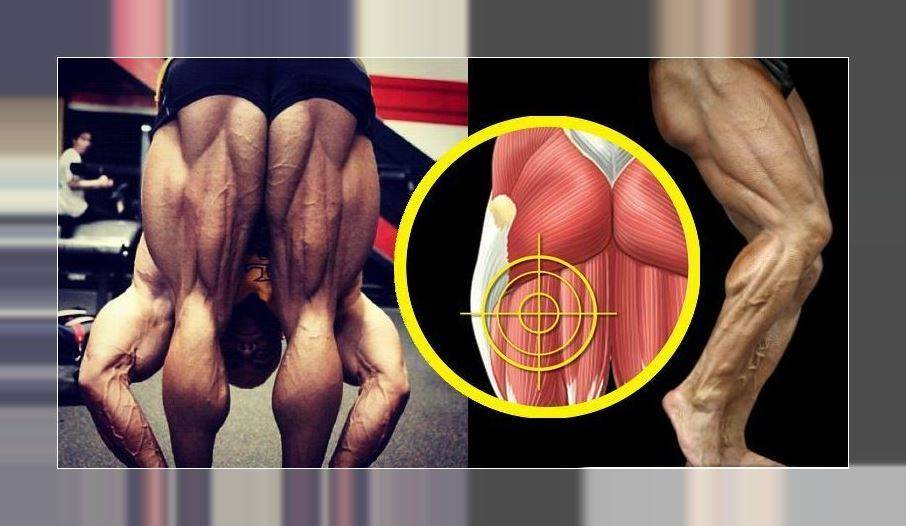 Some people actually look forward to leg day, but for most it’s last on their list of training priorities, which explains why many men have large, strong upper bodies supported by pencil-thin legs. 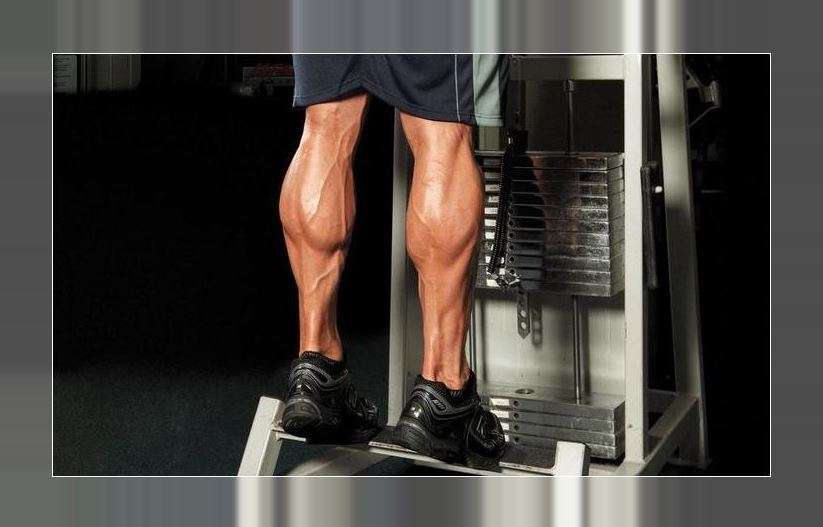 The antagonist of the gastrocnemius and the soleus is the tibialis anterior. The tibialis anterior is responsible for dorsiflexion (flexing the ankle so that the toes move toward the shins) and inversion of the ankle. Dorsiflexion is an important movement for walking, jogging, and especially sprinting. The tibialis anterior also helps stabilize the ankle during foot contact with the ground. This muscle lies on the anterior portion of the lower leg on the lateral side of the tibia. Its actual origin is on the lateral condyle and body of the tibia, and its insertion is at the first metatarsal and first cuneiform of the foot. 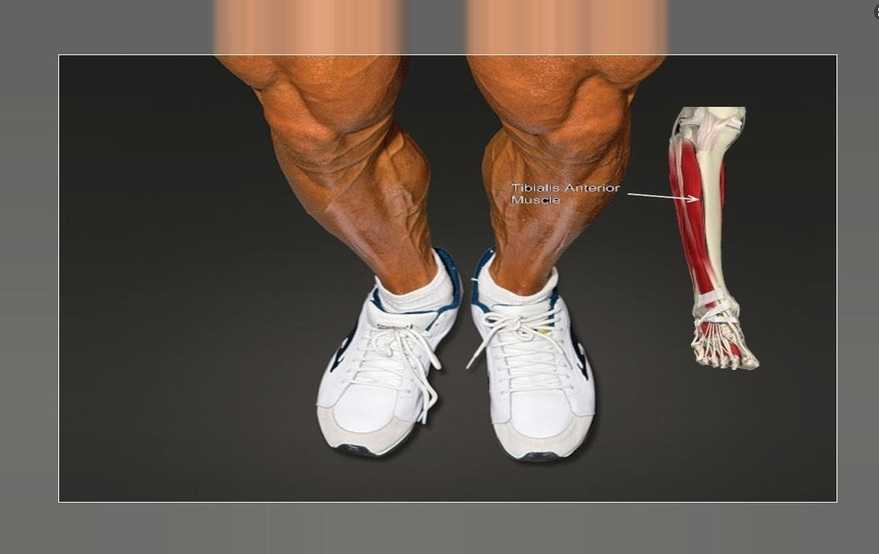 The hip joint is a very complex structure, and it serves many functions. Numerous muscles and muscle groups surround the hip joint and play various roles in movements of the thigh. The gluteal muscles work together to extend, rotate, and abduct the upper leg. Both the tensor fasciae latae and the glutes work to abduct the thigh. A group of six muscles, often referred to as the rotators, lie deep under the glutes and laterally rotate the thigh. The five muscles that move the thigh inward are commonly known as thigh adductors. The muscle groups that make up the hip musculature typically work in conjunction with one another to move the lower body in many planes. 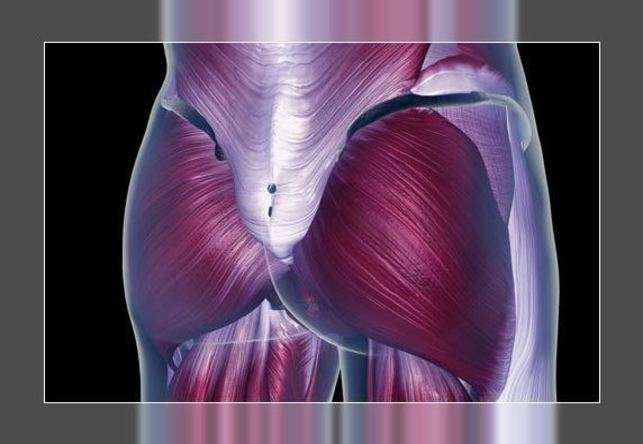 Iliacus and the psoas major

The anterior muscles that move the thigh include the iliacus and the psoas major. The iliacus originates at the iliac fossa and inserts at the lesser trochanter of the femur. The psoas major originates at the transverse processes of the lumbar vertebrae. These two muscles work together to flex and rotate the thigh as well as flex the vertebral column.

Lateral rotators of the thigh

Deep under the gluteus maximus lies a series of six lateral rotators of the thigh. They are the piriformis, gemellus superior, obturator internus, gemellus inferior, obturator externus, and quadratus femoris. These six very small muscles originate on the posterior aspect of the pelvis and attach to the head of the femur. These muscles are involved when the thigh is laterally rotated.

Finally, the group commonly known as the adductors consists of five medial muscles that move the thigh toward the midline of the body. The gracilis muscle is the most superficial, the pectineus is the most proximal, and the adductor longus is immediately lateral to the gracilis. The adductor brevis is located behind the adductor longus. The adductor magnus, the largest of the group, is on the medial side of the thigh. All five adductor muscles originate from different locations on the os pubis (pubic bone) and insert on the femur. The gracilis is the only one that inserts into the tibia. All five muscles assist with adduction, flexion, and rotation of the thigh.

THE IMPORTANCE OF YOUR LOWER BODY MUSCLES

Strong lower-body muscles are important for everyday, functional activity includ­ing walking, running, climbing stairs, and even sitting down and standing back up again. Because the lower body is the base of support for the entire body, including the spine, the upper body, and the head, lower-body strength is critical for balance, support, and stability in the rest of the body. Therefore, there are many reasons to keep them in good working condition.

Additionally, because the largest muscles are located in the lower body, work in this area burns a substantial number of calories and increases lean mass and metabolic activity. Coordinated and balanced lower body strength is important to exercise performance and overall health and fitness.

Also, lower-body strength is critical for performing intense physical activity, includ­ing jumping, squatting, lunging, running, and hopping, all of which are used in HIIT workouts. Because the muscles of the lower body are the largest in the body, they are critical for creating in-workout oxygen debt.

There is really no good reason not to work your lower body.

From your waist down, you have some big muscles that serve you well – unless you never walk up stairs, lift, run, jump, kick, or dance. The main purpose of this post is to help you to know a thing or two about your lower body muscles. We’re not suggesting you memorize Gray’s Anatomy. We’re just asking you to put your adrenaline on hold while we give you a rundown of your main lower body muscle groups. In short, you should know at least this:

Working our way down the lower body, the first muscle group is the glutes (including the gluteus maximus, medis and minimus), otherwise known as the buttocks. On the front of the leg, the quadriceps femoris, or ‘quad’, stretches from below the hip to just above the knee. Opposite this, on the back of the leg, is the hamstring muscle. Still on the back of the leg, between the knee and the heel is the triceps surae muscle, known far better as the calf muscle.

There are lots of different muscles at work during movement of the lower body, with many separate smaller muscles supporting the larger ones. The muscles mentioned above are those that will be targeted most during any resistance training. During any lower body training, terms such as “glutes”, “quads” and “calves” tend to refer to the areas of the body trained, rather than specific muscles.

An awareness of the muscles that comprise the lower body will help you select the right exercises according to your outcome goals and give you a better understanding of what the muscular focus should be.