How muscles are named?

You don’t have to be a kinesiology expert to understand the importance of anatomy. To build your muscles, you need to know your muscles. Just ask yourself: Would you drive a car without knowing the gear box, the gas pedal or the ignition?  Probably not! Therefore, there are some very important lessons about muscle anatomy every successful bodybuilder needs to know. Naming your skeletal muscles is definitely one of the most important among them. By the end of this article you will be able to explain how understanding the muscle names helps describe shapes, location, and actions of various skeletal muscles.

At first glance, it may appear that muscles have some pretty outrageous names, but by understanding some key characteristics, naming skeletal muscles will seem a bit more practical and straightforward.

The first thing you will notice as you start studying the muscles of the body is that many of the names seem difficult and foreign. The terms are less difficult if you keep in mind that many have Latin roots. However, when you understand the names of muscles it will help you remember where the muscles are located and what they do. In order words, everything will be more logical and easier to learn, understand, and remember.

We name muscles by considering the qualities listed below. Understanding these terms will make the task of learning muscles easier.

In short, we name muscles in respect to their location, size, shape, direction (orientation of the fibers), number of origins, location of origin and inser­tion, and action.

However, not all muscles are named in this manner. Some muscles are named for what seem to be strange reasons. An example of this is the group of muscles called “hamstrings” because these are the muscles by which a butcher would hang a slaughtered pig.

I. Muscles named for their shape

Shape is a descriptive feature we often use for naming many muscles. Examples:

All these muscles are shaped like a familiar object. 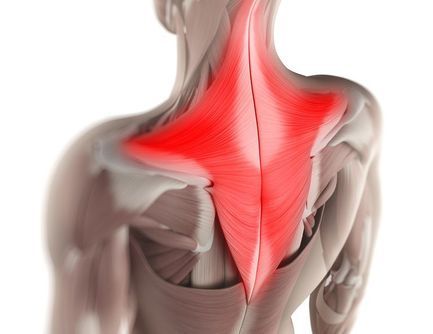 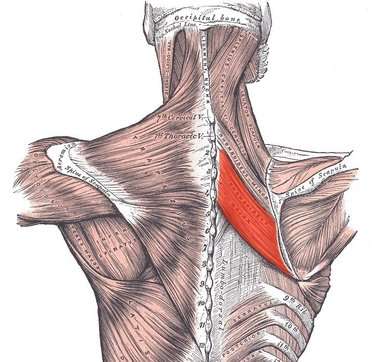 II. Muscles named for their size

The relative size of a muscle can be used to name a muscle, especially if it is compared to the size of nearby muscles. For example, maximus (biggest), minimus (smallest), longus (longest), and brevis (shortest). 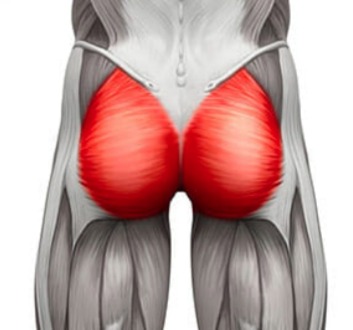 The biggest muscle in the human body is the gluteus maximus

III. Muscles named for its location

We name many muscles as a result of their location. The brachialis (arm muscle) and gluteus (buttock) muscles are examples. 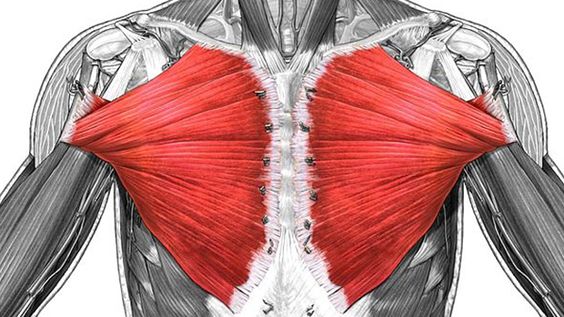 pectoralis major – the term pectoral means relating to the chest

Muscles may be named according to the orientation of their fibers. The term rectus means straight. Therefore the fibers of the rectus abdominis muscle run straight up and down and are parallel to each other. 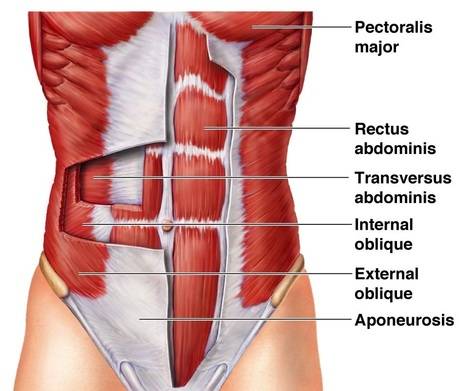 Muscles may be named according to the orientation of their fibers

Muscles may be named according to the number of divisions (number of heads or number of origins) forming them. 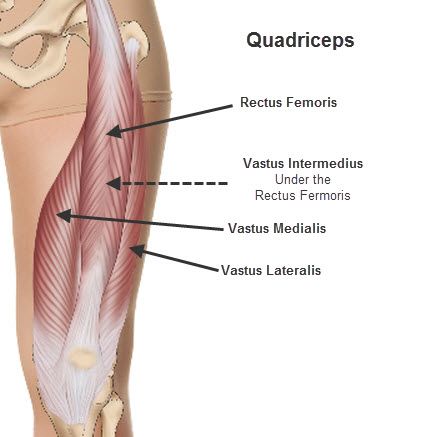 The function of a muscle is frequently a part of its name. The adductor muscles of the thigh adduct, or move, the leg toward the midline of the body. The abductor muscles of the thigh abduct, or move, the leg  away from the midline of the body. Furthermore, terms such as flexor (flex the arm), extensor (extend the arm), etc., are added as prefixes to muscle names to indicate the kind of movement generated by the muscle. 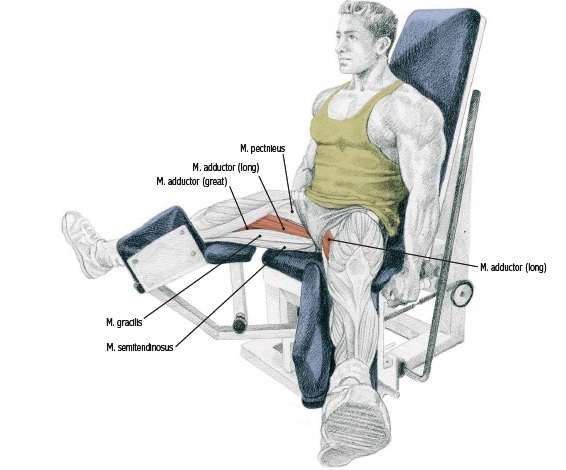 The adductor muscles of the thigh adduct, or move, the leg toward the midline of the body 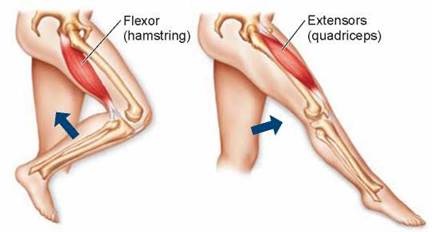 Muscle names are not just a bunch of random Latin words, but rather, are named according to a set of informal rules; and once you understand those rules, you can pretty much tell where any muscle is located and what it does. Most of the almost 700 skeletal muscles of the body are named on the basis of one or more distinctive characteristics. If you understand these characteristics, you will find it much easier to learn and and remember the names of the many individual muscles. Knowing your muscles is a must for all of us engaged in weight training.