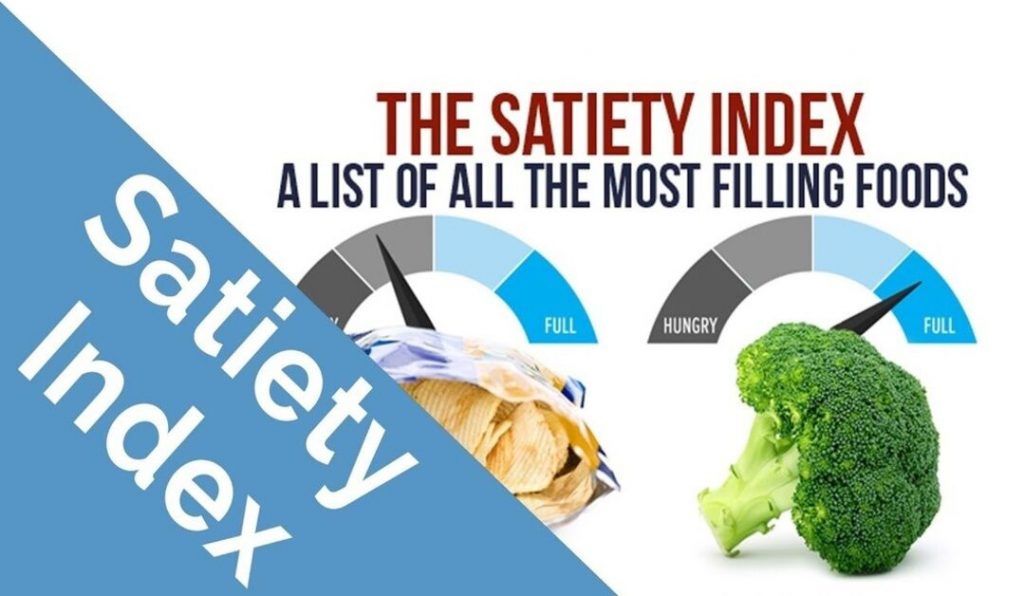 One of the biggest issues we all face when embarking on a particular eating plan or diet is feeling full and satisfied when we eat. Consider the following situation. You ate lunch just an hour ago, and already you want a snack. Why didn’t lunch satisfy your hunger more, and what foods won’t have you rummaging around in your fridge looking for more? From the same group of researchers who gave us the glycemic index comes the satiety index.

What is satiety index in a nutshell?

The satiety index (SI) is a relatively new concept that measures how full or satiated people feel after consuming a given calorie load from a variety of foods.

A brief history of satiety index

A group of researchers from the University of Sydney performed an interesting study in which they compared the satiating effects of different foods. These researchers include some of the same individuals that pioneered much of the work on the glycemic index.

The result of their study, “The Satiety Index of Common Foods,” was published in the European Journal of Clinical Nutrition, September 1995. In this study, the researchers fed human test subjects fixed-calorie portions of 38 different foods. After that they recorded the subjects’ perceived hunger following each feeding. The study specifically looked at the time period two hours after feeding.

The results of this study clearly indicated that certain foods are much better than others for satisfying hunger. The researchers used white bread as their reference point, and arbitrarily assigned it a “Satiety Index” of 100. Foods that did a better job of satisfying hunger were given proportionately higher values. Foods that were less satisfying were assigned lower values.

How do you calculate the satiety index score?

It is measured by asking people to rate how satiated they feel after a meal and by how much food they eat after a two-hour delay after consuming the test food.

Thus, a high-SI food would leave people more satisfied after eating a set amount of calories and they would also eat less two hours later when given something else to eat, presumably because they are still less hungry.

What are the common characteristics of high satiety foods (extra filling foods)?

What foods have the highest satiety value?

So what foods make you fell full longer? Among the most satisfying foods they tested were plain boiled potatoes, raw fruits, fish, and lean meats. Subjects that consumed the prescribed portion of these foods were less likely to feel hungry immediately afterward. Foods that did the poorest job of satisfying hunger included croissants, donuts, candy bars, and peanuts.

Even among the most satisfying foods they tested, raw fruits stood out. Subjects that consumed the prescribed portion of these foods were less likely to feel hungry immediately afterward. It’s no great surprise.

What did surprise them all is that peanuts did not fare well, even though they combine protein and healthy fat and tend to be a popular snack choice when you talk to food experts. The bottom line is that nuts do need to be eaten in small portions, though, or they become caloric bombs because of their high-fat, high-calorie content.