The only real difference between the single-arm swing and the two arm swing is that you need to consciously keep the kettlebell in the centre and in it’s path.

A single-arm kettlebell swing shouldn’t be much more difficult that a two arm swing since neither is performed primarily with your arms. With a strong lower body snapping motion, the kettlebell will easily float up regardless of whether you are holding it with one or two hands. Remember that the kettlebell should be an extension of your arm. If it is handing down as you lift, you are lifting more with your shoulder than your entire body.

STARTING POSITION (SETUP): Place a kettlebell on the floor in front of you. Stand with your feet slightly wider than shoulder-width apart, push your hips back as if shutting a door with your butt (your knees will bend slightly), and grab the kettlebell’s handle with one hand. Your nonworking arm can hang at your side. 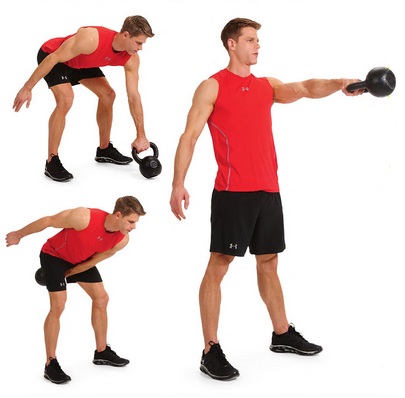 EXERCISE EXECUTION (PULL): Keeping your back naturally arched, swing the weight between your legs and then squeeze your glutes and thrust your hips forward as you swing it to chest level. Swing the kettlebell back between your legs. That’s 1 rep. Continue swinging for the required number of repetitions without returning to the starting position. Switch arms and repeat.

This video is designed to show you exactly how to perform the single-arm kettlebell swing using perfect technique (proper form) so that you can get the most out of this great total body kettlebell exercise. 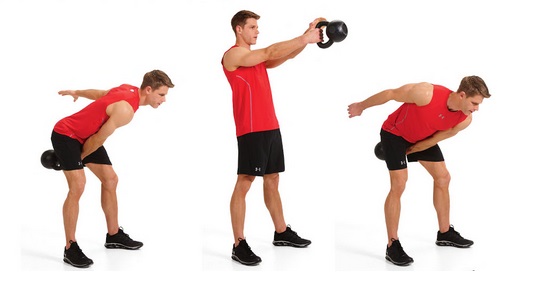 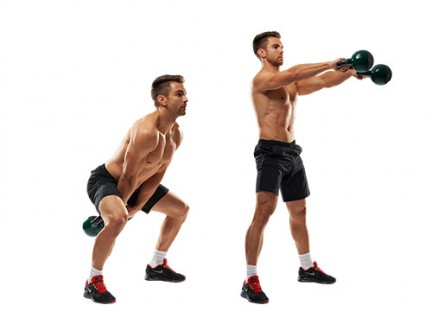 The only difference between the traditional kettlebell swing and the single-arm kettlebell swing is that when your arm goes back and behind the knees to swing, you must make sure that your thumb is facing back, not up in front of you. This secures a good and safe arm position.

Finally, we use the two-hand swing to initially teach the swing, but one-hand and double swings are far more beneficial in the long term.