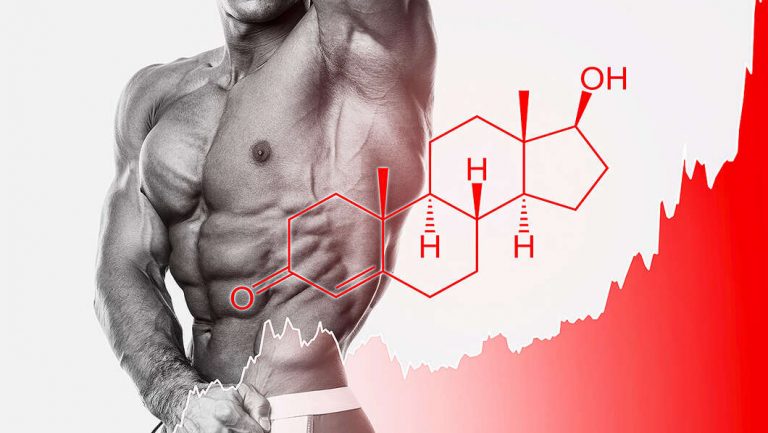 Every athlete, bodybuilder, or even a regular gym-goer who does resistance exercise knows at least a little bit about hormones. They are the agents that drive muscle development. In general, bodybuilders and athletes classify hormones as good (anabolic) or bad (catabolic). But this is too simplistic. Even the so-called “bad” hormones are essential because they break down nutrients that provide the energy to drive muscle contraction. Even the “good” ones often stimulate reactions, such as increased fat deposition, that are not considered beneficial to the strength athlete.

It’s more than obvious that athletes and bodybuilders should focus on stimulating the release of anabolic hormones to maximize muscle growth and development.

What stimulates the release of hormones?

Hormones are released in response to three stimuli: other hormones, stimulation of nerve fibers (which is what you would expect during exercise), and also changes in the levels of certain nutrients in the blood. It is obvious that there is enough space to consciously influence the release of certain hormones through our actions to a greater or lesser extent. Therefore it’s crucial to learn how to turn on the anabolic hormones, and, at the same time, turn off the catabolic ones to maximize muscle growth and development. These are topics that we plan to cover in detail in our future articles.

As already stated in the introduction, most bodybuilders and regular gym-goers commonly believe that anabolic means something good and catabolic means bad. However, nothing could be further from the truth. In order to understand what really puts the body in a maximum anabolic state, you need some understanding of the anabolic and catabolic forces that regulate your life.

Your life is defined by your metabolism. The ability to turn matter into energy and energy back into matter is what makes living creatures superior to any machine. Your body is programmed to recreate itself every minute of your life. Substances in the form of air, food, water, carbon dioxide, and waste are constantly moving in and out of your body. The process by which material is built is called anabolism, and the process by which material is broken down and removed from the body is called catabolism.

It is the balance between the anabolic and catabolic forces that regulate your body fat, muscle mass, rate of aging, and overall health. Both anabolism and catabolism are critical to your survival and, as you’ll learn shortly, the two processes work together, activating and potentiating each other.

Like many other forces that are necessary to sustain life, anabolic and catabolic processes are naturally regulated in your body through native-feedback mechanisms, a most efficient form of biological control that regulates the balance between two opposing forces. Many if not most of the body’s life functions—such as the regulation of blood sugar, stabilization of blood pressure, assimilation of nutrients, and the stimulation of hormone synthesis—are based on a negative-feedback control.

Most life processes occur in cycles. The body maintains its homeostasis (optimum, balanced metabolic environment) through a negative-feedback control system that cycles continually among antagonistic forces that influence our capacity to survive. The anabolic and catabolic processes regulate each other through these numerous negative-feedback loops. Hormone levels, cellular energy levels, and overall nutritional states are all factors that dictate whether your body builds and repairs tissue or destroys, recycles, burns, or removes material. Simply stated, according to the body’s negative-feedback control:

The metabolic effects of the catabolic and anabolic hormones

Table 1 summarizes the effects of the catabolic and anabolic hormones.

The four major catabolic hormones are glucagon, epinephrine, norepinephrine, and cortisol. They break down fuel stores such as fat and glycogen, and, in the case of cortisol, protein.

This hormone is released from the pancreas. Glucagon is often called an “insulin antagonist.” Insulin is stimulated by high blood glucose. Insulin shuttles glucose into the muscle, thereby lowering the blood glucose level. Glucagon, on the other hand, is released in the presence of low blood glucose. Its primary function is to raise the blood glucose concentration by increasing the release of glucose from the liver and by activating gluconeogenesis, the conversion of amino acids and other small compounds such as lactic acid to glucose. Additionally, glucagon increases the breakdown of fat. During exercise, glucagon is usually elevated.

Epinephrine (adrenaline) is released from the adrenal glands in response to low levels of blood glucose as well as by the stimulation of resistance exercise. Norepinephrine is primarily released from nerve endings in blood vessels in response to exercise-the higher the intensity, the greater the increase. Both hormones promote the breakdown of liver glycogen to glucose and its release into the blood, increase the breakdown of fat, and increase blood flow to the muscle. Epinephrine also stimulates muscle glycogen breakdown. Epinephrine and norepinephrine also have multiple physiological effects, including increasing respiration and heart rate. Both hormones are elevated during exercise as the body attempts to get more blood to the working muscles and to increase the breakdown of glycogen and fat for energy.

Cortisol is well known by strength athletes. This hormone is released from the adrenal glands when blood glucose is low and during very intense exercise such as weightlifting. Cortisol’s major function is to generate fuel for working muscles. During exercise, your muscles use a metabolic priority system for the generation of energy. This is particularly true during aerobic exercise. First carbohydrate is used, then fat, and finally protein. Because of the tremendous stress that resistance training places on the muscles, the metabolic priority system gets ignored. When cortisol is released, it causes a breakdown of protein, carbohydrate, and fat and an increase in plasma amino acids, specifically glutamine and the branched-chain amino acids (BCAAs).

Anabolic hormones are involved in the rebuilding and replenishment processes of the muscle cell. The anabolic hormones include testosterone, growth hormone, IGF-I, and insulin.

Testosterone is a powerful anabolic hormone that is released from the testes in males and from the ovaries and adrenal glands in females. The release of testosterone is controlled by another hormone, luteinizing hormone (LH). LH is secreted from the pituitary, a gland found at the base of the brain. Testosterone has a number of effects, which are classified as either androgenic or anabolic. The androgenic effects include changes in sex organs and voice pitch and increased hair growth on the face and body, and psychological effects such as increased aggressiveness. The anabolic effects of testosterone include accelerated growth of muscle, bone, and red
blood cells.

It is believed that testosterone, by blocking cortisol, has an anti-catabolic effect. Through this action, testosterone may speed muscle recovery. Athletes and professional bodybuilders, who use testosterone and its derivatives, including anabolic steroids, claim that these drugs help them train harder and recover faster. These effects tend to be short-lived, however. One reason is that when cortisol release is blocked for a period of time, higher levels of cortisol are produced thereafter. Thus, when an athlete stops taking an anabolic steroid such as testosterone, the catabolic effects of cortisol are enhanced and muscle strength and size are lost at a rapid rate.

Growth hormone is released from the pituitary, and its release is controlled by a number of factors. This hormone stimulates muscle growth, increases the breakdown of fat, and inhibits carbohydrate metabolism. The role of growth hormone in exercise is not understood. There is a transient elevation that drops following exercise. Studies in endurance athletes show a minimal rise in blood levels of growth hormone during exercise when compared with untrained individuals.

IGF-1 stands for insulin-like growth factor. It is released from a variety of organs, including the pituitary gland, the muscles, and the liver. The primary effect of IGF-1 is the stimulation of protein synthesis in bone, cartilage, and muscle. IGF-1 release is controlled by the intensity of muscle contractions. During exercise, there is a transient increase that falls to baseline following exercise.

Insulin may be the most misunderstood hormone among strength athletes because of its association with carbohydrates. High levels of insulin combined with high carbohydrate intake have been shown to increase fat synthesis and decrease fat breakdown. Chronic elevation of blood insulin levels maintained over many years with the resulting accumulation of body fat is associated with type II (Adult onset) diabetes.

Muscle cells are especially insulin sensitive after exercise. If glucose and amino acids are made available at this time, insulin will help synthesize muscle proteins and muscle glycogen at a very rapid rate, and very little fat will be synthesized and stored in adipose (fat) tissue.