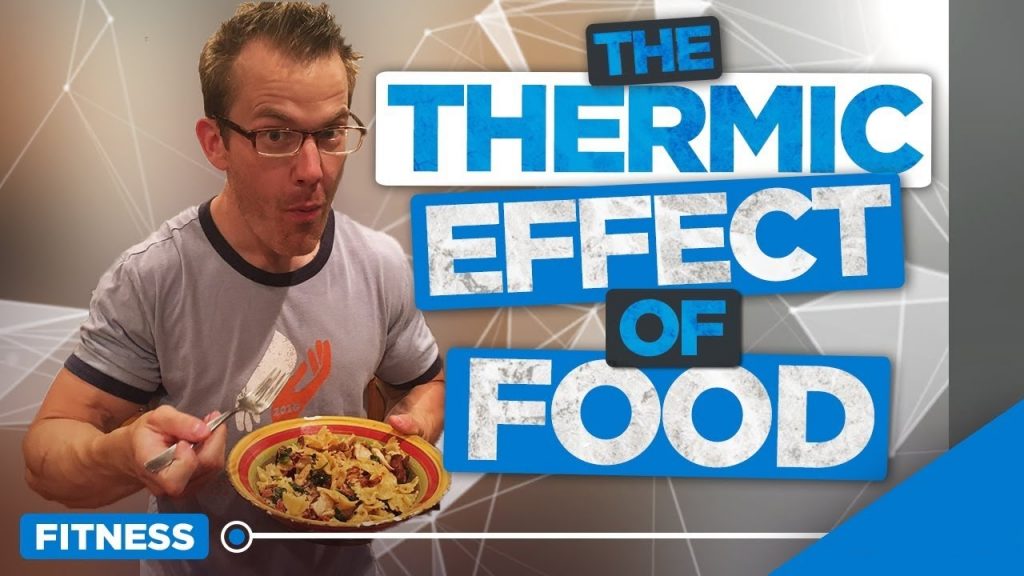 The thermic effect of food (TEF)

The thermic effect of food (TEF)

The thermic effect of food is another very important component of the total energy expenditure equation.

The amount of energy spent in a day differs for each individual.

Typically, basal metabolism (resting metabolic rate) represents a person’s largest expenditure of energy (50-65%), followed by physical activity (20-50%) and the ther­mic effect of food (5-10%). The amount spent in voluntary physical activities has the greatest variability, depending on a person’s activity patterns.

Although the thermic effect of food has the smallest (5-10%) impact on your total daily energy expenditure it is still very important component. 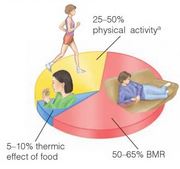 In this article you’ll find out in a detail what is the thermic effect of food and what are the main factors affecting it. Better understanding of this component can help you with choosing the proper food and therefore spending more daily energy.

What is the thermic effect of food (TEF)?

The thermic effect of food (TEF) is one of the many ways our bodies use energy throughout the day.

More precisely, this is the amount of energy (in calories) above the resting metabolic rate (RMB) required for absorption and digestion of food. As you probably know, the digestion, absorption, transportation, metabolism, and storage of nutrients all require energy (i.e. calorie burn).

This acute increase in metabolic rate above resting metabolic rate starts after meal ingestion and lasts for up to six hours, and is influenced by the meal composition.

Which foods have the highest thermic effect of food? 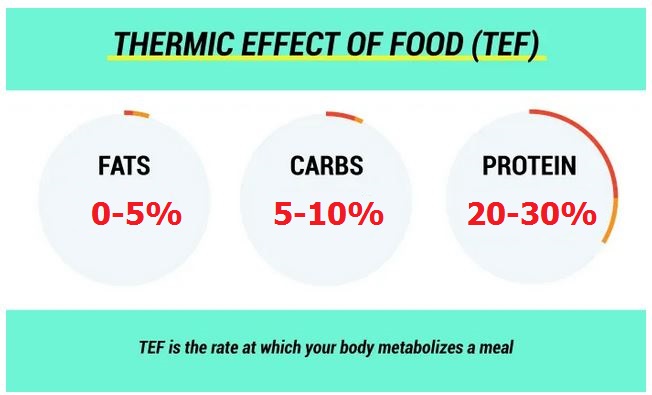 No matter what meal frequency you choose, you’ll still be burning the same amount of calories from TEF. The more calories there are in a meal, the greater the TEF will be as a result of consuming that meal (assuming that the relative proportions of protein, fat, and carbohydrates remain the same in each meal). Keep in mind that if you are trying to lose weight it does not make sense to increase your meal sizes to augment the thermic effect of food. There is no difference in TEF between having 2 large meals (each representing 50% of daily energy needs) and having 4 small meals (representing 25% of daily energy needs).

What is the significance of TEF among other components of energy expenditure?

The thermic effect of food varies with the composition of the diet, being greater after carbohydrate and protein consumption than after fat. 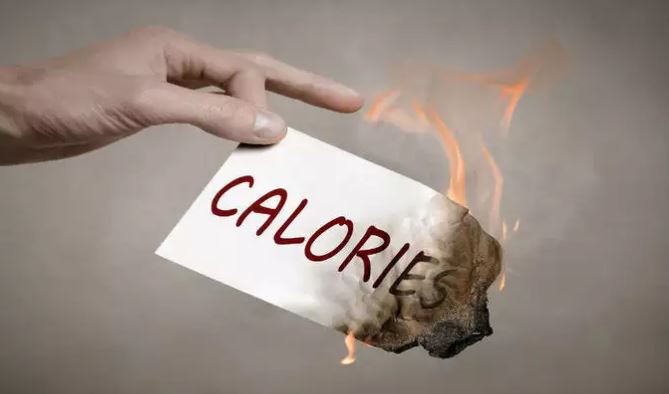 Spicy foods both enhance and prolong the effect of the thermic effect of food. Meals with added chilli and mustard increase the metabolic rate significantly, more than unspiced meals. This effect may be prolonged for more than 3 hours. Cold, caffeine and nicotine also stimulate the TEF. The amount of caffeine in one cup of coffee if ingested every 2 hours for 12 hours has been shown to increase the TEF by 8 per cent to 11 per cent. Nicotine has a similar effect.

Calculating the thermic effect of food

More or less the calculation is not required. For most purposes, you can simply ignore this effect when estimating energy expenditure. Its contribution to total energy output is smaller than the probable errors involved is estimating overall energy intake and output. Therefore, in most cases, the TEF of your diet is small enough that it’s not even worth counting.

Two major components of the “energy out” side of the body’s energy budget are basal metabolism and voluntary activities. A third component of energy expenditure is the thermic effect of food (or dietary-induced thermogenesis). Unfortunately, this component does not have much effect on your total daily energy expenditure.

The TEF of carbohydrate is approximately 5% to 10%, of fat is 0% to 5%, and of protein is 20% to 30%. To burn more calories during digestion, you’d have to eat a higher protein diet and less fat and carbs because protein has the highest TEF and tends to be more satiating.

It’s more than obvious that you can increase the TEF to a certain degree by manipulating the factors that are under your control (see the table above). Although the effects of such manipulations are small, they may play an important role over the long term, suggesting that they may have value as part of the management of obesity and obesity-related conditions.