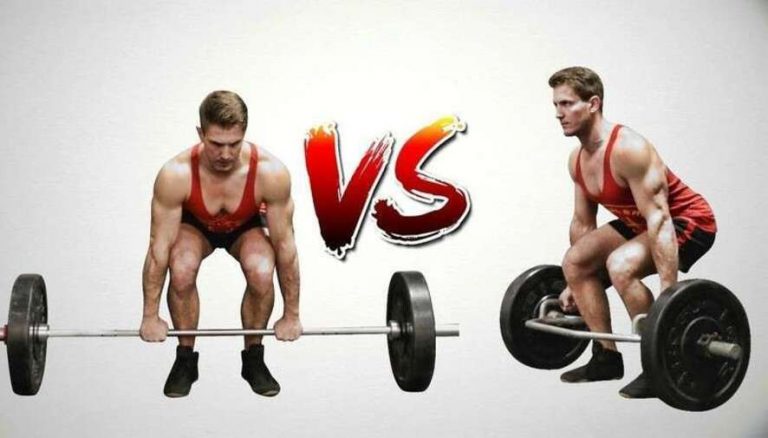 Why is a deadlift such an important exercise?

As one of the three lifts involved in the sport of powerlifting, the deadlift (sometimes called the “king of exercises”) is one of the most commonly prescribed exercises for increasing overall body muscle mass, strength, and power. Whether you’re a man or a woman, you want your body to be able to move efficiently. The deadlift mimics picking an object off the floor, which is one of the most common daily movements. You already deadlift every day whether you are at the gym lifting hundreds of pounds, or picking a suitcase up. It is, therefore, one of the most fundamental tests of physical power, demonstrating literally how much weight you can lift off the floor and up to the tops of your thighs as you stand erect.

The deadlift is often thought of as a back exercise – and it is, but it’s also an incredible leg-builder, as you’re essentially dropping into a squat in the bottom position. Therefore, a deadlift involves most of the muscle groups in your body, with a strong emphasis on the lower back (erector spinae), gluteals, hamstrings, and quadriceps. It uses more active muscle mass than any other exercise, including squats.

The hex bar, which is sometimes referred to as a trap bar, is a hexagonal-shaped barbell. Essentially, you stand in the middle of the hexagon, rather than behind the traditional straight barbell. Some trap bars have two sets of handles, one high, and one low. Others just have handles at the same height as a straight barbell. Because the sides of a trap bar are placed perpendicular to the direction of the barbell extensions, you can perform the exercise with a neutral grip which has many benefits.

Therefore, hex bar (trap bar) deadlifts are simply deadlifts that are performed with a trap bar instead of a straight barbell. The hex bar deadlift is what we called a hybrid exercise – a cross between a squat and a deadlift.

Differences & similarities between the barbell and trap bar deadlift

How are trap bar deadlifts different from conventional barbell deadlifts?

The trap-bar—or hex-bar—deadlift is one of the few back exercises that rivals the conventional deadlift. In fact, although they look different at first glance, they’re far more similar than most people realize.

Both exercises produce a similar range of motion (ROM), train the hip hinge, and both involve lifting weights off the floor and putting them down again.

Both exercises do a phenomenal job of training your lower back, glutes, and hamstrings, although the conventional deadlift puts more stress on the lower back and hamstrings, and the trap-bar deadlift puts more stress on the quads. You can think of the trap-bar deadlift as a “squattier” version of the conventional deadlift.

The performances should look fairly similar. Your hands will be in a different position, and the trap bar will require you to stand in the middle of the bar instead of behind it. Yet you should still fundamentally be performing a hip hinge.

With the conventional Olympic bar deadlift the weight is in front of the body. We essentially use the hips as a pivot and the back as a crowbar. For most people, this is not a problem. For others, this can be a problem even if they follow the correct exercise technique.

Trap bar deadlift puts your back in a more upright position. Because of the unique design of the hex bar, the weight can be kept aligned with the power line throughout the entire lift. Less pressure is created on the lumbar spine, it is easier to maintain a neutral back position and there is less chance of hyperextension of the back in the upper position.

This allows people with back pain or limited range of motion to get all the benefits of a deadlift or squat in a far safer manner.

Again, the design of the bar plays a big role in the performance of the entire exercise. Given that the handles are placed perpendicular to the direction of the barbell extensions, you can perform the exercise with a neutral grip which has many benefits.

Both shoulders and arms are in a more natural position when performing deadlifts with the palms directed toward the middle of the body. The possibility of biceps cracking is reduced, which can happen when lifting heavy weights with a mixed grip (on a straight barbell) due to the position of the arm in supination.

Most people also enjoy the neutral grip of the trap-bar deadlift more and can better keep the weight balanced over the midfoot while maintaining stability and strength throughout the entire movement.

The trap bar has proven to be an excellent tool when it comes to building strength and explosive power. In studies comparing peak power, velocity, and force produced when deadlifting with a straight Olympic bar and a trap bar, the results showed that subjects achieved better results when using the trap bar.

The trap bar is better for beginners. The technique is easier to learn than that of the straight bar.

The design of the bar comes to the fore once again, namely, from the very first look at the bar, we can quite instinctively come to the conclusion of what and how to work with it, so even beginners are advised to start using the trap bar first.

A very simple method of use also helps in mastering the basic movement pattern required for proper deadlift performance. That positive transfer will come in handy when you use a straight bar.

#5 Trap bar deadlifts do not require too much space

The standard hex bar is also a space saver. It is only 56 inches long, compared to the 86 inches of space that regular Olympic bars occupy. This allows for many hex-bar stations in a very small area. Also, the shorter length of the bar decreases the distance of the weight from the lifter. This gives the lifter more control and balance for a more efficient, higher-intensity workout.

Have you ever seen that person in the gym who gets to the top of a barbell deadlift, and then bends their back backward? Don’t be that guy! Luckily, with the trap bar deadlift, the barbell isn’t in front of your hips, so there is no counterbalance to hyperextend against or push off.

#7 You can lift heavier weights

Most people find that they can deadlift heavier loads with a trap bar. So, if you can conventionally deadlift, let’s say, 300 pounds, and you then trap-bar deadlift 330 pounds, both will help you gain muscle and strength almost equally.

Some people wear their barbell-scraped shins as a badge of honor. Others would rather keep their shins (and leggings) intact, and therefore want to avoid repeatedly pulling a knurled barbell against them every deadlift workout. If your shins are in the way during the straight bar deadlift and you want to save them from scraping, the trap bar is a great alternative.

There is no question that the straight-bar deadlift is a great core exercise for any athlete. However, based on our experience and the results of current research, we believe that the hex bar deadlift offers some additional benefits. Hex bars are modified barbells with open centers that allow you to stand in the middle of the bar while holding handles on each side of the bar. They allow people with back pain or limited range of motion to get all the benefits of a deadlift or squat in a far safer manner. Research has even shown that a hex bar deadlift is not only safer than a standard barbell deadlift but it’s even more effective at building maximum power. You can use a hex bar to lift far more weight with far less risk than with a barbell, and for anyone who wants to maintain or build strength, especially with age, we consider this apparatus to be a crucial addition to a home or garage gym setup.