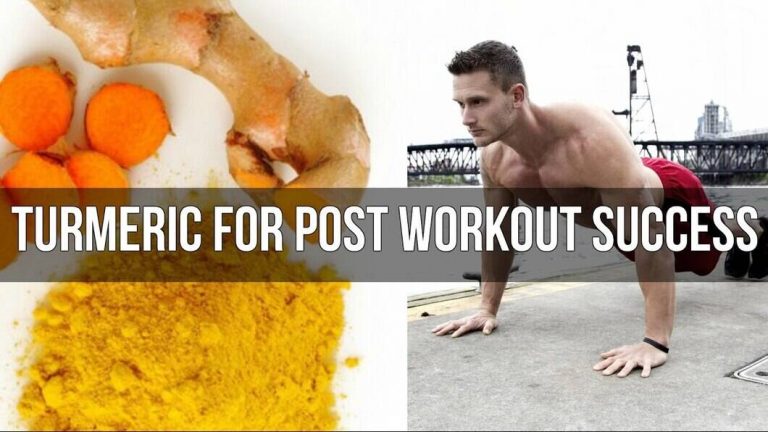 You often use it as a spice in many dishes, but you probably don’t know what power lies behind turmeric. Did you know that turmeric helps increase muscle mass? In addition to reducing inflammation in the body, an ingredient in turmeric called curcumin has shown a multitude of healing effects that are only recently coming to light. Some studies have even shown that curcumin can increase muscle mass. Wondering how? Find out the answer below. In this article you’ll learn how turmeric can be used daily to improve health, promote wellness & fitness and assist your body in restoration naturally. A super-powered natural supplement might be hiding in your kitchen, without you even knowing about it.

The scientific name for the plant is Curcuma longa, a well-known perennial belonging to the ginger family of Zingiberaceae. Native to the southwest of India, turmeric has been a staple of Ayurvedic medicine for more than 4,000 years.

Turmeric’s beautiful bright yellow root has led to its nicknames “the golden spice” and “Indian saffron.” It has graced countless cultures around the world with its gorgeous coloring, unique aroma, and unmistakable flavor. Available in a natural state of the whole root or in powdered, pressed, or extract forms, turmeric can provide countless preventative and healing measures.

Turmeric is usually just known as a spice you can get at the supermarket. And yet it can dye so much more than just food yellow. By the way, the monks in Tibet also take advantage of this property to give their robes their beautiful orange-yellow color just by using turmeric.

Curcumin, the golden component contained in turmeric, is known as an anti-inflammatory ingredient that relieves pain, but new scientific evidence suggests it may be anti-catabolic and even androgenic.

One study showed that curcumin supplementation inhibited protein breakdown after injury and in cases of cachexia (general wear and tear usually associated with chronic diseases), suggesting that curcumin does indeed show anti-catabolic effects. Furthermore, the addition of curcumin after eccentric exercise led to a reduction in post-exercise inflammation and a marker of muscle damage, and also improved recovery from exercise.

Although no study has examined the effects of curcumin on muscle hypertrophy in people who train with weights, studies have shown that yellow phenol may have an anti-catabolic effect. This means that curcumin supplementation can be helpful in increasing muscle mass and recovering from exercise.

Curcumin is interesting in that it appears to be able to prevent inflammation and reduce current inflammation due to its ability to mimic aspirin as a COX2 inhibitor. COX-2 inhibitors are a type of NSAID and are the most commonly prescribed drugs for arthritis. Perhaps the greatest benefit of the anti-inflammatory properties of curcumin lies in its ability to reduce joint inflammation and arthritis. Studies have shown that curcumin containing supplements reduce the severity of joint pain in people with osteoarthritis and even in people with rheumatoid arthritis.

Although the evidence does not show a uniform decrease in measurable markers of joint inflammation, individuals with joint pain who consume curcumin notice a significant reduction in symptoms.

CURCUMIN AS AN ANTIOXIDANT

While oxidation of muscle tissue can play a major role in muscle catabolism, oxidation caused by exercise can serve as a stressor that signals muscle growth. However, preventing excessive oxidation can help muscle recovery and growth, and there is ample evidence in both humans and animals that curcumin is an effective antioxidant that can prevent excessive oxidative damage.

Lowering insulin resistance, just one of turmeric’s benefits, leads to the blood sugar control that allows you to experience sustained energy and fewer energy slumps.

When men age, there’s a gradual and continuous decrease in testosterone production and this varies from person to person. Testosterone is the king of the world of anabolic hormones because it stimulates the synthesis of muscle proteins, increases muscle mass and promotes general health and well-being. Although individuals claim that curcumin helps increase testosterone levels, more research needs to be conducted on this.

We currently know that curcumin has a protective effect on testicular function, especially in the case of excessive alcohol consumption. Also, high curcumin intake has been reported to inhibit the conversion of testosterone to the more active androgen, DHT (dihydrotestosterone), but the likelihood of this being effective in humans is low given that research has involved extremely high doses. There is some convincing evidence that low doses of curcumin can lower estrogen levels, which can raise testosterone levels.

Furthermore, cholesterol levels can significantly affect your ability to produce the testosterone hormone. Therefore you need to make sure that your body has more HDL (good cholesterol) and lower LDL (bad cholesterol). Numerous studies have reported that turmeric supplementation can balance cholesterol levels.

Recently, the Journal of Nutritional Biochemistry published the results of a study conducted at Daegu University in the Korean city of Kyungsan, which confirms that curcumin, the golden component contained in turmeric, converts the composition of fat cells in the human body from white (bad) to brown (good) which are easily soluble. In that way, turmeric became one of the best fighters in melting excess weight.

According to dozens of studies conducted and published on the positive effects of curcumin, it can be said that it is certainly one of the healthiest spices in the world. Its claimed benefits include: decrease in exercise-related muscle soreness, increasing insulin sensitivity, enhancing fat loss, lowering estrogen levels, increasing testosterone levels, and activating the vitamin D receptors. All of the above should be of utmost importance to every person engaged in fitness & bodybuilding!