When is the best time of the day to lift weights?

There is no “best” time to exercise. The best time of the day to lift weights is when you have time and when you feel ready!

Some people prefer to start off the day with exercising in the morning. Others claim that their body isn’t ready to move until later in the day. Some peo­ple work out during their lunch hours, while others go to the gym after work. The hour just before the evening meal is a popular time for exercise. Some people even work out late at night at 24-hour fitness facilities.

Working out during the morning hours

If you make it a priority to set time aside in your busy day to work out, that’s great; however, don’t worry too much about finding the right time to do it. If you tend to be wired after a workout, it’s a good idea to start early in the day rather than at night—otherwise, you might have trouble sleeping.

Working out earlier also turns on your metabolism earlier in the day. Furthermore, from a motivational point of view, most people find it is better to do exercise sooner rather than later in the day. Waiting until later means that other demands can preempt exer­cise and take it off your calendar. Likewise, having an appointment for exercise makes it more likely you will actually do it, whether that appointment is for a session with a personal trainer or just for a walk with a friend. If you exercise in the morning, you should have something light to eat first, such as yogurt.

On the other hand, during the morning hours, your body temperature is usually at its lowest and therefore it will require you to exert more pressure if you are to increase the energy levels. This may result into injuries, as cold muscles are harder to stretch than warm muscles. To keep on the right track, make sure you engage in a thorough warm up before training. 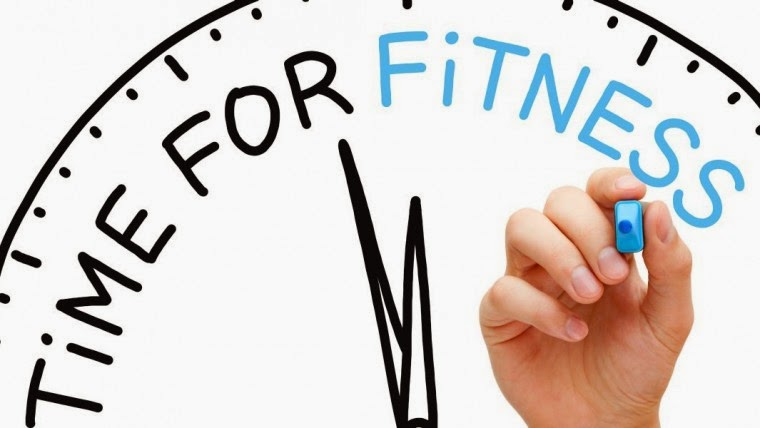 Exercising during the afternoon and evening hours

If you have a house full of kids and a spouse to take care of, a workout during your lunch break may be the answer. However, it is generally advisable to wait an hour or so after eating a big meal before exercising, but having a light snack beforehand is a good idea. If you normally work out in the morning but feel run down, sleep in and work out that evening. However, be aware that doing stimulating exercise just before bedtime may make it harder to fall asleep.

As far as performance is concerned, evening time generally rates first. Since the body temperature reaches its peak in the evening, most people should find it easier to warm up, train and cool down. In addition, most people have higher energy levels later in the day and as a result should be able to achieve better performances while training. Muscles will also be able to stretch easily due to increased levels of body temperature.

Best time for weight training from a hormonal point of view

Short answer would be: Lift late!  Levels of both testosterone and cortisol are highest in the mornings and lowest in the evenings. Trainers used to advise men to lift early in the day to take advantage of the higher testos­terone. The problem with this approach is that the higher levels of cortisol that occur at the same time offset some of the benefits. You’re better off lifting later in the day. Lifting weights at 6:00 p.m. has been shown to optimize the hormonal environment by elevating testosterone proportionally more than cortisol. Evening workouts minimize catabolic ac­tivity, which means more muscle growth in less time.

Other important reasons to lift weights in the late afternoon/early evening:

The best time of the day to lift weights is whatever time works best for you. One of the most important aspects of a fitness program is making it fit into your life while creating minimal stress. This means that you should schedule your workouts at a time that’s convenient and that you can commit to. The one caveat here is that, from experience, people who exercise in the morning tend to be the most consistent. This is because it takes discipline to exercise first thing in the morning. Second, if you can exercise early, you’re unlikely to face many of the distractions and obstacles that pop up as the day moves on.

However, from a physiological and hormonal point of view, the best time of the day to lift weights would be early in the evening (about 6:00 p.m.).

Howsoever, your body will let you know when it needs rest; it will beg for it, if you don’t pick up on the hints! If you simply don’t have time to get to the gym or work out at home one day, don’t stress out. There’s always a fresh new opportunity the next day to build a stronger body!