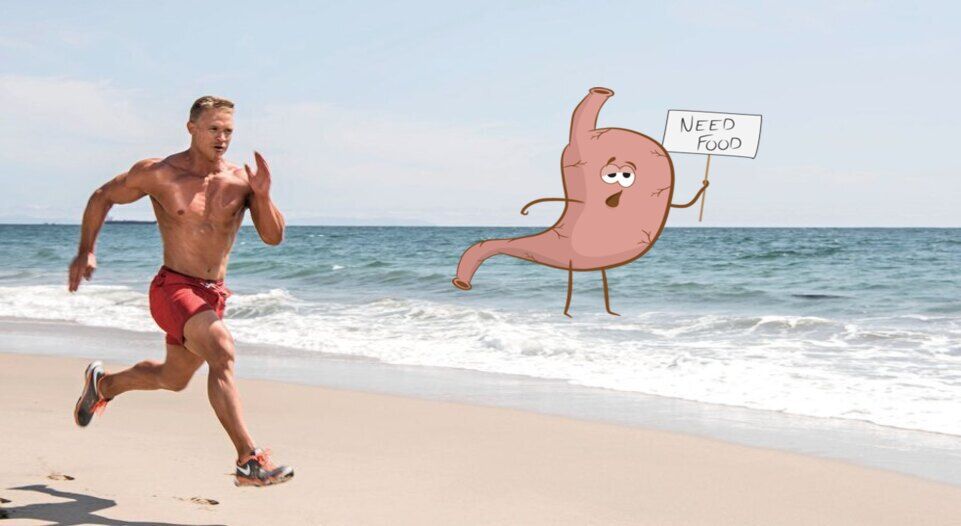 Why it makes sense to believe that we burn more fat when exercising on an empty stomach?

Your body stores energy (or calories) in a variety of formats and places in your body – in your blood, muscles, liver, and the rest you store as body fat. It’s a little like storing your money in a number of different places.

Which account you withdraw funds from will probably depend on how much you need and how fast you need it. Similarly, what type of fuel you burn during exercise depends in part on the balances available in your various fuel storage accounts.

In the morning, your blood, muscle, and liver “accounts” are going to be at their lowest, because your body will have been drawing on them to pay for metabolic activities during the ten or twelve hours since you had your last meal.

In other words, it’s all about the insulin! Insulin levels are at their lowest after an overnight fast. This increases the amount of fat that leaves your fat cells and travels to your working muscles. After the breakfast (especially if it is rich in carbohydrates) your insulin levels in the blood will rise. This will suppress the breakdown of fat stores in adipose tissue and reduce the release of fatty acids into the bloodstream. Thus, fatty acids are less readily available as a fuel for the exercising muscles.

So, if you exercise first thing in the morning, before you’ve refilled those energy accounts by eating some breakfast, you’re going to have to tap into those fat stores that much sooner.

But does this really change how much body fat you will lose in the long run?

What are the drawbacks of exercising on an empty stomach?

Practicing any fitness routine on an empty stomach can have adverse effects if you go beyond 30 minutes, or if you push yourself too hard by going too fast. Since your own sugar reserves are limited, if you exercise with too much intensity you will produce more toxins in your body.

It seems that you can’t go very far when your tank is empty. You will become fatigued faster and you will stop exercising about thirty minutes earlier. You will also most probably drop your exercise intensity. That way you will end up burning fewer calories – and less body fat!

Worse, by exercising on an empty stomach you could end up losing hard-earned muscles as you start burning protein, as well as fat, for fuel.

What does the science say about exercising on an empty stomach?

Researchers at Northumbria University asked 12 male volunteers to do a moderate-intensity treadmill workout at 10 a.m. either after an overnight fast or after eating breakfast (Gonzalez et al.. 2013). They found that those who exercised on an empty stomach burned up to 20 per cent more fat compared with those who ate a meal before training.

A study by Belgian researchers found that the muscles could be “trained” to burn a higher percentage of fat by exercising in a fasted state (Proeyen et al, 2011). Athletes completed a workout, either after they had fasted or after consuming carbohydrate. After six weeks, those who trained after fasting burned a higher percentage of calories from fat and increased the number of fat-burning enzymes in their muscles.

However, all this doesn’t mean you’ll lose more fat. A study at Loughborough University found that those who exercised before breakfast ate the same number of calories over the course of the day as those who exercised after breakfast (Deighton et al., 2012). What really matters is your overall daily calorie intake relative to your output.

Another study, in the journal Medicine and Science in Sports and Exercise, had a group of people ride an exercise bike on two mornings: one day after a small breakfast and the other after eating nothing. The researchers found that when the subjects ate nothing, they became fatigued faster and stopped exercising about thirty minutes earlier. Since most workouts rarely last longer than forty-five minutes, that half an hour can make a huge difference.

If exercising on an empty stomach first thing in the morning is not a problem for you, go for it. However, many people find it very difficult to exercise at this time, and can’t exercise for as long or as hard. On the other hand, if you find that you get a better workout at the end of the day when you’ve got some steam to blow off, then that’s probably the best time of day for you to exercise. And finally, if your main goal is increase in muscle mass, exercising on an empty stomach is a suicidal act.