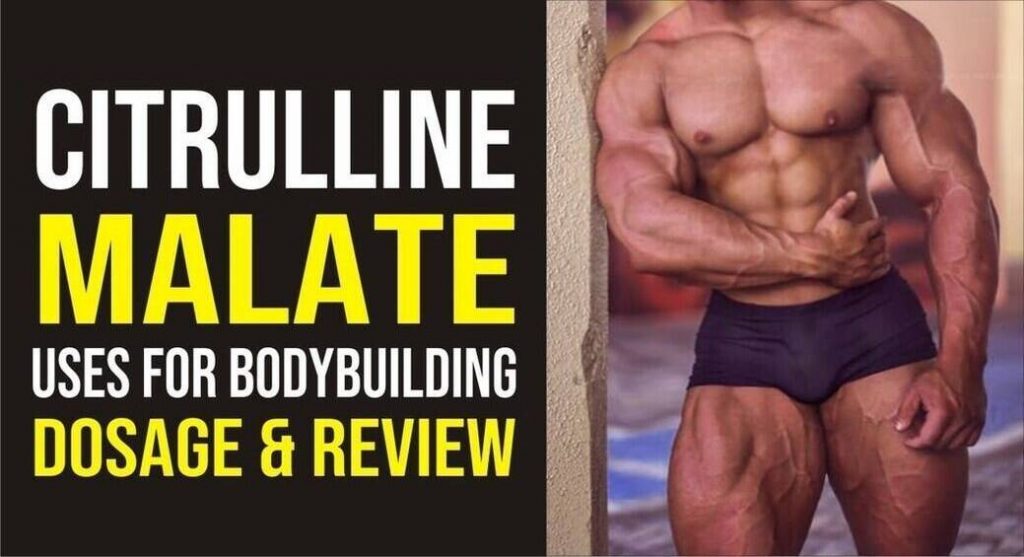 Citrulline malate is one of the most effective sports performance supplements for fighting fatigue, increasing strength, and improving recovery. You can find it as a standalone dietary supplement or as one of the ingredients in various pre-workout formulations (pre-workout cocktails). In this article you’ll find out its evidence based benefits, mechanism of action, dosage, and other helpful tips that will help you get the best out of this great supplement.

What is citrulline malate and how does it work?

Citrullinc malate is an amino acid produced in the body and found in watermelon that helps to stimulate the production of nitric oxide. Nitric oxide is a natural vasodilator that relaxes blood vessels and increases blood flow to the muscles. More blood flow to your muscles results in improved energy and endurance along with a bigger “pump.” A “pump” is the swelling or enlargement that happens to your muscles during exercise.

Furthermore, citrulline improves the efficiency of the urea cycle. The urea cycle is a system in the liver that converts nitrogenous wastes into urea and eliminates them from the body. This is important for eliminating ammonia and toxic nitrogen metabolites. When you exercise, the generation of ammonia increases fatigue and reduces glycogen (the stores we use for energy). Improving the system for removing those waste products can improve exercise performance. As you exercise your muscles, they burn from lactic acid buildup. Citrulline is thought to help eliminate that burn, allowing you to perform longer and harder.

There are two major forms of citrulline in dietary supplements:

While the two forms of may produce some similar effects, citrulline malate is more common in sports supplements.

Benefits of citrulline malate for bodybuilders, athletes and regular exercisers?

Here’s a rundown of the many benefits this supplement has to offer for hard-training athletes:

Based on current information, citrulline is safe and well-tolerated even at higher doses. However, doses of greater than 10 grams are probably unnecessary.

Citrulline malate is a supplement compound composed of two major elements: (a) citrulline is a nonessential amino acid primarily found in melons, (b) malate (malic acid) which is an apple derivative believed to increase absorption rates and bioavailability.

Studies suggest that citrulline malate supplements can boost athletic performance in the context of both endurance and strength-based exercise (weight training performance). It also appears to be safe and there are currently no known side effects. In Europe, it has been used for over 20 years with great success by clinicians.

Citrulline malate can be a very useful tool in your arsenal of performance and recovery enhancing instruments, but only if you are willing to use it the way science has shown it to be effective. It is one of the few pre-workout supplements that we recommend you to try.