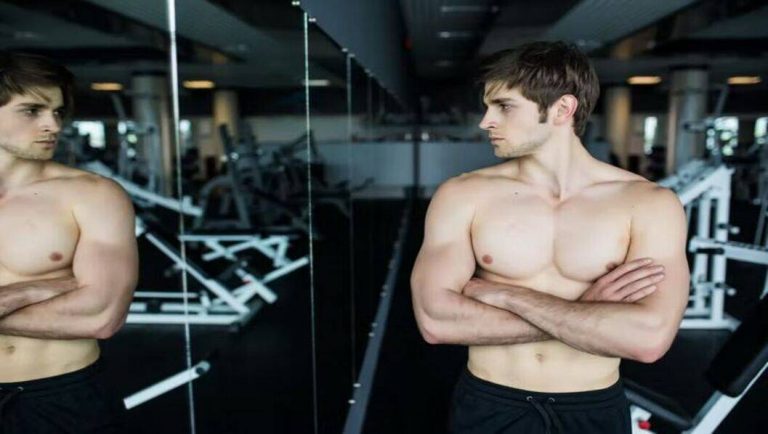 It’s a fact that increasingly men and boys have become dissatisfied with their body shapes and sizes. They begin working out, which can be part of a healthy exercise routine but sometimes becomes an obsession. That is, some boys and men become so concerned about their bodies that on a daily basis they give up any social life to spend hours in a gym or at home with workout equipment to improve their muscularity. Even then, they do not believe they are in good enough shape to be seen in public. And this is where a serious problem arises – condition (psychiatric disorder) we call muscle dysmorphia.

What is muscle dysmorphia?

What behaviours are associated with muscle dysmorphia?

It is important to distinguish muscle dysmorphia from working out or body building. Most men who go to gyms and pump iron do not have muscle dysmorphia. We are diagnosing this disorder across three levels: the way people think (cognition); the way this makes them behave; and the impact of this on their lives.

We know less about this disorder than anorexia nervosa or bulimia. We strongly suspect a genetic, biological element. In the same way that some people with anorexia are triggered into extreme weight loss by dieting, it appears that certain physiologies are at risk of muscle dysmorphia in response to over-exercise.

Again comparable to anorexia nervosa and bulimia, psychological factors such as childhood teasing and past traumas seem to render people at risk. There seems to be a particular link to having witnessed your mother as a victim of domestic violence — the powerlessness of childhood being compensated by the exaggerated muscularity of adulthood.

Finally, cultural factors create a climate in which “heroic men” are portrayed as having excessively defined musculature.

There have been very few studies of treatments for muscle dysmorphia. Those that exist point towards the same treatments as anorexia nervosa and bulimia.

Men have become trapped between the male “body image industries” and their own inability to articulate their feelings. Behaviours associated with muscle dysmorphia include spending extensive time at the gym (even when severely fatigued or injured), extensive mirror checking, camouflaging, maintaining a diet low in fat and high in protein, and the use of nutritional supplements and anabolic-androgenic steroids. All of these in an attempt to help them reach their impossible ideal of an Adonis-like body.

Although we typically associate this disorder with males, it can occur in females also. It can have catastrophic physical consequences including kidney failure, heart disease and musculoskeletal injuries. Effective treatments for muscle dysmorphia use the same approaches as eating disorder treatments.

Portion Guide: How to easily track your food intake without weighing your groceries