What is push-pull training principle?

The push-pull training split is one of the simplest and most effective splits ever devised. Many competitive bodybuilders and other high-performance athletes use push-pull training principle which involves categorizing all weight-training exercises down to one of two types—pushing movements and pulling movements—and splitting up workouts accordingly.

Pushes consist of movements in which a load starts close to the body and is moved away. Conversely, pulls involve movements in which the load starts farther away and ends up closer to the body. A typical push day includes exercises for the chest, shoulders, quads and triceps because these are considered the pushing muscles. And a typical pull day trains the back, biceps, hamstrings, and traps. But weight training is not quite that simple.

However, we have to be a little more precise though and admit that many exercises actually that don’t fall under the strict definition of either a push exercise or a pull exercise. For example, leg extension, leg curl, biceps curl, triceps extension, lateral raise, and fly are all exercises that are technically neither pushing nor pulling movements. They are actually what we would consider angular movements. That is, the movement doesn’t follow a straight line but rather the path of an arc. These are always isolation exercises because they involve only a single joint. Pushing or pulling a weight in a straight line involves multiple joints working together. Thus, push and pull exercises are always multi-joint exercises.

But for simplicity’s sake we’ll classify them all as either pushing or pulling exercises. For example, since in biceps curls and lying leg curls the load starts father away and ends up closer to the body we’ll consider this exercises as pulling exercises (although the movement doesn’t follow a straight line). And vice versa, we’ll consider triceps extensions and leg extensions as pushing movements since the load starts closer to the body and is moved away.

Push-pull training incorporates split training, supersetting, or both. You may train push movements one day and pull the next day, or train both push and pull movements on the same day by alternating in the form of a superset or by resting between sets. This technique allows for appropriate rest of muscle groups between exercises and ensures that training is balanced among major muscle groups. On the other hand, if time is an issue and you want to create muscular balance, you could complete an entire push exercise for all its prescribed sets before moving on to the pull exercise or vice versa. The push/pull/legs split routine is also very popular.

One of the best strategy is the following push-pull routine: The push-pull workout divides the training program into three primary training days. The first day focuses on the chest and triceps area (the push day). The second day focuses on the back and biceps musculature (the pull day). The last day exercises the leg and shoulder musculature. This program permits very intense workouts because each body part has at least 3 days to recuperate.

What is the main advantage of a push-pull routine?

For example, a lifter may do three sets of bench presses followed by three sets of seated rows. The advantage of a push-pull routine is that both sides of a body part get worked, resulting in symmetry and balance between front and back. Often lifters spend too much time working specific muscles and forget about the importance of muscle balance for avoiding injury. 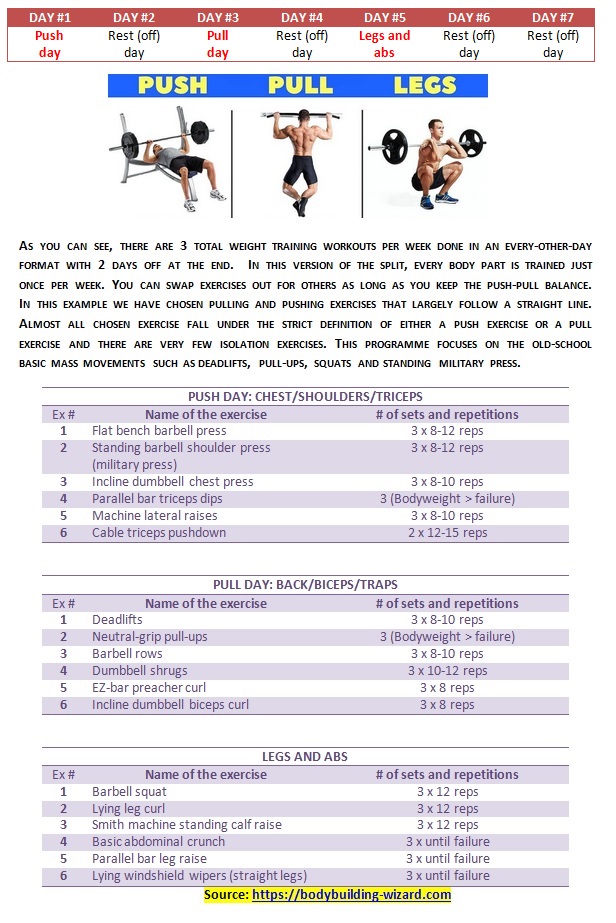 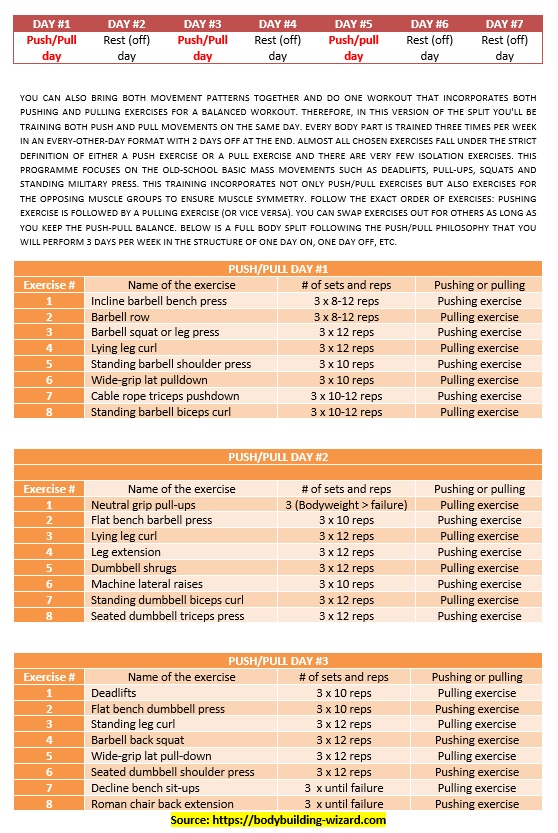 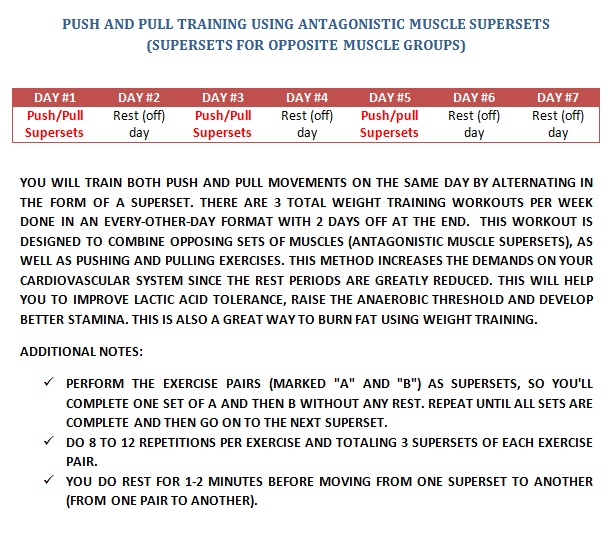 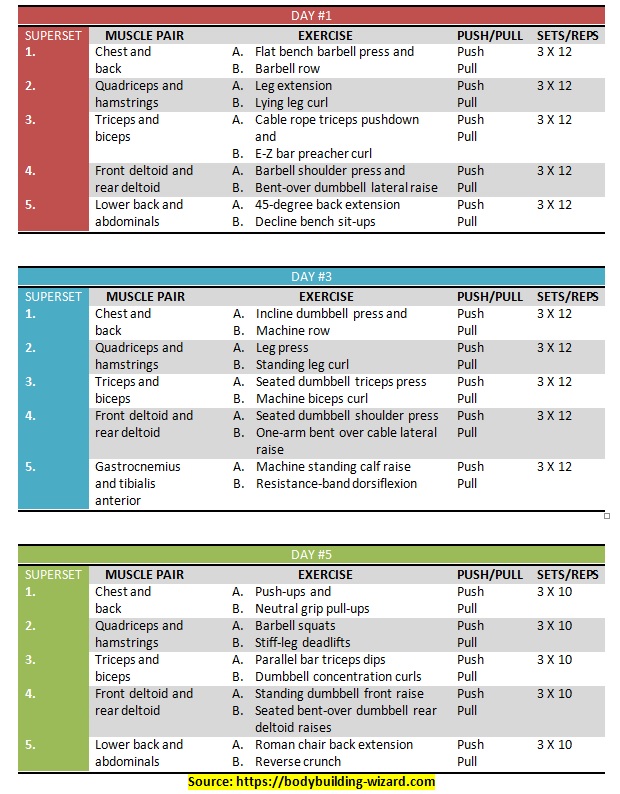 The selection of muscle group training combinations depends on the training outcome wanted. The first choice is one exercise for each body part to train the whole body in one day. Another choice relies on movement patterns; the most common is the push/pull grouping. “Push” in this context refers to the pressing exercises of shoulder presses, chest presses, and tricep press downs. “Pull” refers in this context to pulling exercises of the back (rows, chins) and bicep curls.

These sub groupings of exercises by muscle group can help to form the order of exercises in a workout or series of workouts. For example, one might opt for a full body workout with exercises in the sequence of legs/push/pull or legs/pull/push. For more advanced training, select a push day and a pull day, with a leg day in between. This is one technique of several to order exercises within a workout or workout rotation.

Exercises to Build, Lift and Sculpt an Amazing Butt