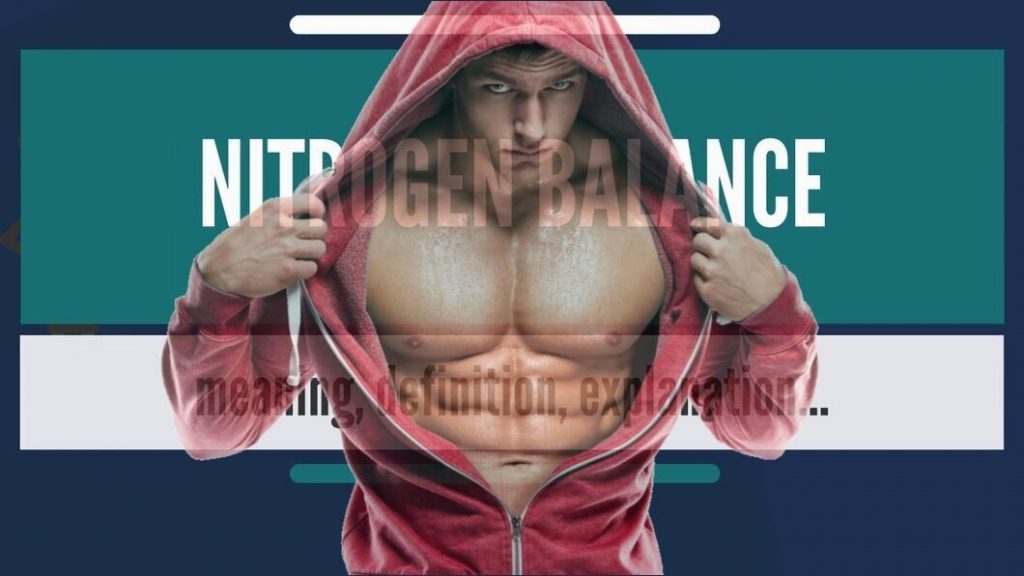 The Concept of Nitrogen Balance: Anabolism and Catabolism

The Concept of Nitrogen Balance: Anabolism and Catabolism

Understanding the CONCEPT OF NITROGEN BALANCE is crucial if you want to achieve your bodybuilding goals (increase your muscle mass). In a nutshell, nitrogen balance is a concept to determine whether the body is in a phase of growth or a phase of decline. This is the source for two other terms well known to every bodybuilder and regular exerciser: ANABOLISM and CATABOLISM.

What is the essence behind the concept of nitrogen balance?

Proteins are the building blocks of the body. Body is continuously synthesizing new proteins and breaking down old proteins. The human body obtains amino acids (which are the chemicals which make up proteins) from two sources — by breaking down protein from food (as if to take a brick wall apart for its bricks) or by manufacturing its own bricks (amino acids) within its cells. The latter process is less than fully successful and it means that the body is manufacturing amino acids from the breakdown products of the old proteins themselves which are broken down by the body and replaced.

Not all the amino acids in the body are used up for new protein synthesis. Some of them are further broken down in the body to chemicals like urea and expelled through urine, feces or sweat.

A definition of the concept of nitrogen balance

For body builders, nitrogen balance is an important concept to keep in mind when talking about proteins. Nitrogen balance is the difference between the amount of nitrogen taken in and the amount excreted or lost. If you lose more nitrogen than you consume, your body will break down muscle tissue to get it. On the other hand, if you consume more than you lose, you will be in an anabolic, or muscle building, state.

NITROGEN STATUS = NITROGEN IN – NITROGEN OUT

Because dietary protein in the main source of nitrogen, you can easily estimate the amount of “nitrogen in” by monitoring daily protein intake. Determining “nitrogen out” is much more complicated.

A state of nitrogen equilibrium

This means that the body is maintaining its structure as it is; the same amount of new tissue is synthesized as the degrading old tissue and the net tissue amount remains almost the same.

For some bodybuilders on strict caloric diets during periods of dieting an equal nitrogen balance may be main­tained. In this state the bodybuilders are not losing muscle, but neither are they in a state to build much muscle.

When dietary protein intake (“nitrogen in”) is greater than protein loss (“nitrogen out”), it means that the body is in an anabolic phase that is there is net tissue growth with synthesis of new protein. This happens during puberty, bulking phase of muscle growth, pregnancy, healing from injuries etc. Many anabolic hormones play a very important role in this phase.

Obviously, this is something that you want because only positive nitrogen balance is your state for muscle growth.

Recent research has made it clear that athletes and bodybuilders need to consume more protein than the current US recommended dally intake (USRDA) of 0.8 gram per kilogram of bodyweight per day in order to maintain a positive nitrogen balance. The key here is to supply your body with the proper amount of dietary protein through­out the contest preparation diet.

This is the situation when dietary protein intake (“nitrogen in”) is smaller than protein loss (“nitrogen out”).

Your body is degrading muscle and other body proteins. Obviously, this is something that you do not want to happen. You usually see this in people who are starving, fasting for prolonged periods, burned, injured, or have a fever.

Negative nitrogen balance most often occurs when a person is on a low calorie diet. The amount of proteins in such a diet is usually inadequate to meet the body’s demands or sometimes, the proteins are in excess and there is very little amount of carbohydrates and fats in the diet. Body then breaks down these proteins and uses them as fuel.

For example, an endurance athlete who is training intensely but not eating enough food to meet her or his daily caloric needs will start mobilizing proteins for energy and thus increase nitrogen loss.

It’s impossible to put on muscles while being in a catabolic state. Moreover, you’re losing previously hard-earned muscle mass.

What are the protein needs for bodybuilders and endurance athletes?

So what do you think? What is the minimum protein intake to keep the bodybuilders and other athletes in an anabolic state /positive nitrogen balance)?

What did the researchers find? First, the results of the study indicated that bodybuilders do not need to consume very large amounts of protein. When the bodybuilder subjects consumed their “typical” diets (2.7 g/kg/day protein), they were very posi­tive in their nitrogen balance, by 13.4 grams per day.

When their protein intake was reduced approximately 64 percent, to 1.0 g/kg/day, nitrogen balance fell, but remained positive on average for the group at 1.1 g/kg/day. This indicates that 1.0 grams of protein per kilogram body weight per day is probably sufficient for many bodybuilders. However, two of the subjects were in negative nitrogen balance at this level of protein intake so it was not sufficient for all the bodybuilders.

The protein needs of endurance athletes had not been studied extensively in the past, and the results of this study showed that when these subjects consumed 1.7 g/kg/day of protein, they were in positive nitrogen balance by 1.8 grams per day. When their protein intake was increased approximately 60 percent, nitrogen balance became more positive, up to 7.1 grams per day. Those results would indicate that although endurance athletes may not need large amounts of protein in their diets, an amount higher than the 0.8 g/kg/day would seem to be necessary to remain in positive nitrogen balance. 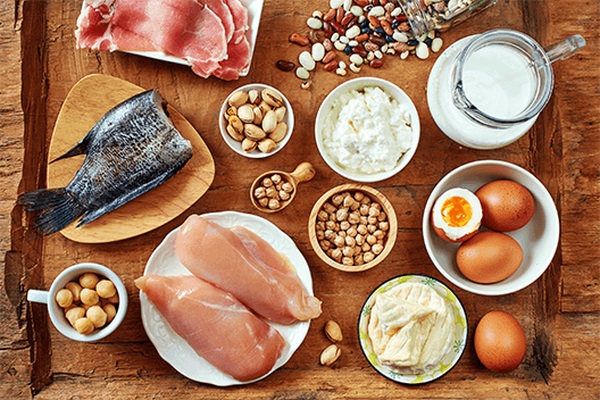 How to measure nitrogen balance?

Is there an easy way? First of all your diet should be very quantitative. You should know exactly how much protein you’re eating. Measure your body composition every two weeks or so. Do you see any increase in your fat free lean body mass in the body composition? If you see an increase in your lean body mass you should be satisfied because it means you’re in positive nitrogen balance and things are moving in the right direction. A very crude method, but a logical and practical one, don’t you agree?

The concept of nitrogen balance gives an indications of the body’s state of growth, maintenance, or break-down of protein.

Achieving a positive nitrogen balance is much easier than most lifters think. By consuming lean protein sources with each and every meal and by using protein supplements strategically, a bodybuilder can maintain this positive nitrogen balance and ultimately remain anabolic throughout the day. In conclusion, be aware of the amount of protein you’re eating and make them work for you instead of against you.