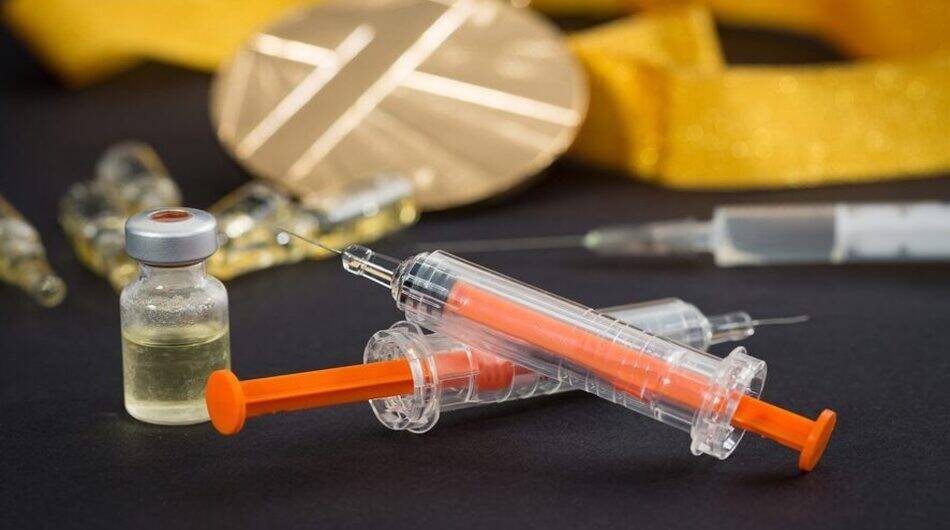 These steroid regimens (patterns of anabolic steroid abuse) include the following:

The administration of anabolic/androgenic steroids at a given dosage will typically produce noticeable increases in muscle size and strength for approximately 6-8 weeks. After this point, the rate of new muscle gain typically slows significantly. A plateau may be reached soon after, where all forward momentum has ceased. To continue making significant progress beyond this point can entail escalating dosages, which is likely to coincide with a greater incidence of adverse reactions and diminishing anabolic returns. Even without dosage escalation, negative health changes are already likely to be apparent, and should be corrected fairly quickly. The practice of extended or continuous steroid administration is discouraged for these reasons. It is generally recommended to use AAS drugs for no longer than 8 weeks at a time (10-12 weeks at the maximum), followed by an equal or longer period of abstinence before another steroid regimen is initiated. This pattern of rotating between “on” and “off” periods is referred to as cycling.

Steroid abusers use cycling to ensure peak performance during competition, reduce negative side effects, prevent detection of steroid use, or simply to reduce the development of tolerance.

As individuals become more experienced with anabolic/androgenic steroid use they may begin experimenting with the use of more than one steroid at a time. This practice is referred to as stacking. Stacking is most common with advanced bodybuilders who find that at a certain level of physical development they begin hitting plateaus that are difficult to break with a previous single-agent approach. Abusers think that the different steroids interact to produce an effect on muscle size that is greater than the effects of each drug individually, a theory that has not been tested scientifically.

Stacking usually involves the combination of a more androgenic steroid with one or more primarily anabolic agents. On the anabolic side, common steroids of choice include boldenone, methenolone, nandrolone, oxandrolone, and stanozolol. Testosterone, oxymetholone, or methandrostenolone will serves as the androgenic base of most stacks.

During cycling, if the dosages are gradually increased and then decreased, it is called “pyramiding.” Pyramiding is simply the habit of starting with a small dose of a steroid and gradually increasing that over time (until user reaches a peak at mid-cycle) before tapering off (gradually reducing the dosage or frequency down to zero) to complete a cycle.

Typically, the pyramid cycle will last 6 to 12 weeks. This is usually followed by a cycle when the user continues to train or exercise without taking steroids.

Abusers believe that pyramiding allows the body time to adjust to the high doses and the drag-free cycle allows the body’s hormonal system time to recuperate. As with stacking, the perceived benefits of pyramiding and cycling have not been substantiated scientifically.

Combining stacking and pyramiding is the practice called stacking the pyramid.

Anabolic steroids are taken typically in cycles of weeks or months, rather than continuously (referred to as cycling). In addition, users often combine several types of steroids to maximize effectiveness while minimizing negative effects (referred to as stacking).

In cyclic dosage regimens, a practice called pyramiding is used. At the beginning of a cycle, a person begins with low doses of the stacked substances and gradually increases the doses for six to twelve weeks. Abusers believe that pyramiding allows the body time to adjust to the higher doses.