Lying leg raise is a basic exercise that targets your lower abs. To be more precise, when performed properly, they target the entire abdominal wall but emphasize the lower abdominal area.

Leg raises can be performed while lying on the floor (the easiest version) or seated (harder) or while hanging from a pull-up bar (the hardest variation).

Lie supine (face-up) on the ground or on a flat bench, with your hips (buttocks) near the end of a flat bench and your legs straight out in line with your torso. Your toes are pointing toward the ceiling. Grip the corners of the bench next to your hips or grab the bench behind your head.

Keeping your legs straight and together, raise them until they are just short of perpendicular to the floor. Hold, feeling your abs crunch, then lower them to the starting (horizontal) position. 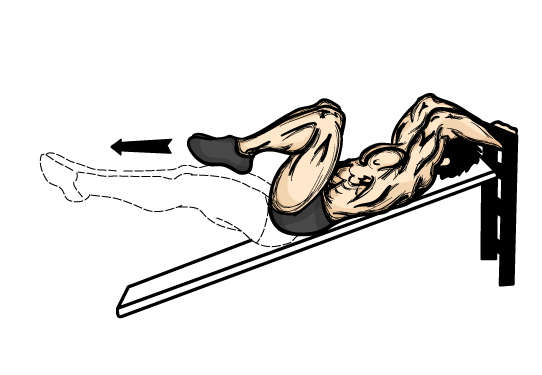 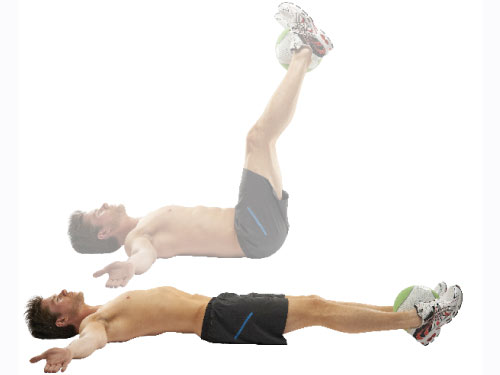