Supinating dumbbell biceps curls or twisting dumbbell biceps curls can be performed both at the beginning, in the middle or at the end of the workout session. We recommend this exercise very much because – when properly performed – it is perfect for achieving peak concentration in the biceps, taking advantage of the full range of motion. This is a good mass building exercise, and with adequate “muscle feel” – also for roundness of the biceps. This is one of the best bicep exercise with dumbbells.

Adding supination to the standard dumbbell curl exercise works the biceps more completely than performing the exercise without supination. This exercise can be performed standing or seated.
So, as you lift the dumbbell, simultaneously rotate your forearm outward, moving your thumbs as far outside as you can by the time you reach the top position. Lower the weight to the starting position, reversing the twisting motion until your hands are once again in the hammer-grip position (palms facing in) when you reach the bottom.

How To Do Supinating Dumbbell Biceps Curls?

STARTING POSITION (PREPARATIONS): In the initial phase, keep the dumbbells in extended hands by your sides, elbows close to the body and thumbs turned towards each other (palms facing in – neutral grip). 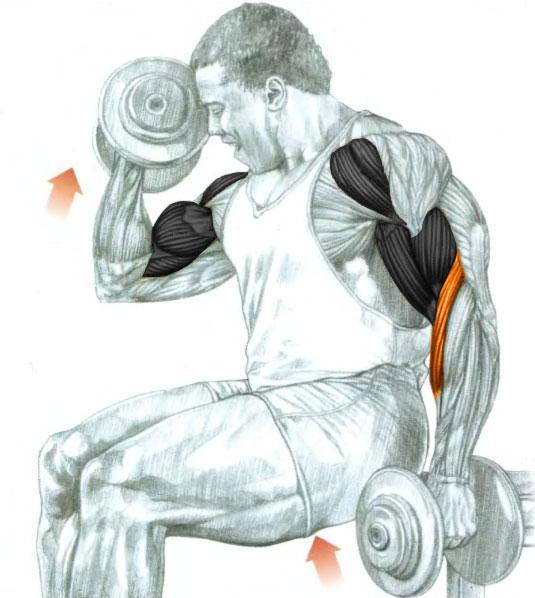 MOVEMENT (ACTION): One arm at a time, curl the dumbbell up toward your shoulder, rotating your hand so the palm faces upward (your thumb faces toward the outside) at the top of the movement. Hold the contracted position for one second. Next, lower the dumbbell to the starting position, while breathing out, and then repeat with the opposite arm.

Dumbbell biceps curls can be done while seated (as already described in this post) or standing. Furthermore, you can raise both dumbbells simultaneously or alternate arms. Finally, you can begin and finish this biceps exercise with your palms facing forward all the time. There is no need to supinate the hand (palm uppermost) as you raise the dumbbell. 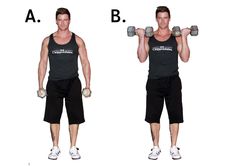 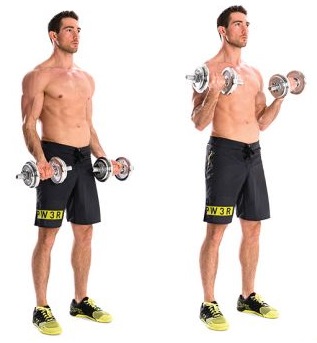 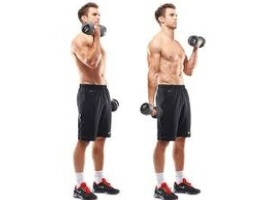 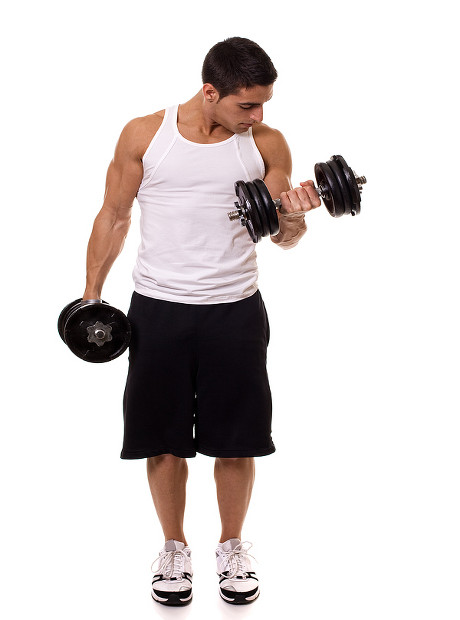 To add variety to your biceps workout routine, replace the supinating dumbbell biceps curls with a different exercise from our database that works the same muscles – biceps brachii. Each exercise works the bicep and supporting muscles slightly differently.

Supinating dumbbell biceps curls are a heavy exercise for the biceps. They are using the basic functions of flexing and supination (the effects produced by the two heads of the biceps, especially the short head in supination). None of the movements involve any bending of the wrists (which are independent of the action of the biceps). Always try to remain your wrists firmly in line with the forearm, contrary to what some trainers recommend, as finger pressure is up to four times weaker if the wrist is bent. If you alternate dumbbells rather than lifting them simultaneously, you will find the exercise a little less demanding, as the arms get a few seconds rest between reps. There will also be less strain on your lower back. If you pause at the top of the movement, you will make it a little more intense.