We use our arms for almost every activity in work and play, it helps to have strong arms for a wide variety of tasks—gardening, opening jars, throwing a ball, or playing tennis. Strong, attractive arms are within reach of anyone who will devote a little time to developing them. Just about every upper-body exercise – whether it’s for your chest, back, or shoulders – also involves your arms. So work hard on your other upper-body muscles, and your arms will benefit by default. 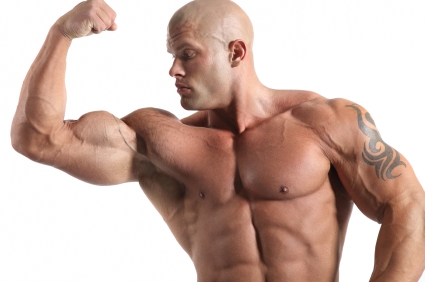 The primary upper arm elbow flexors are the biceps brachii and the brachialis.

Its primary function is the supination of the wrist—turning the hand until it’s in a palms-up position; its secondary function is to lift the forearm to the clavicle. The biceps, therefore, cannot be worked efficiently until both of these functions have been fulfilled.

The biceps are probably the most widely recognized muscle group – the one that pop when you „make a muscle“. The brachialis, a smaller muscle, is located on the outer part of the upper arm. 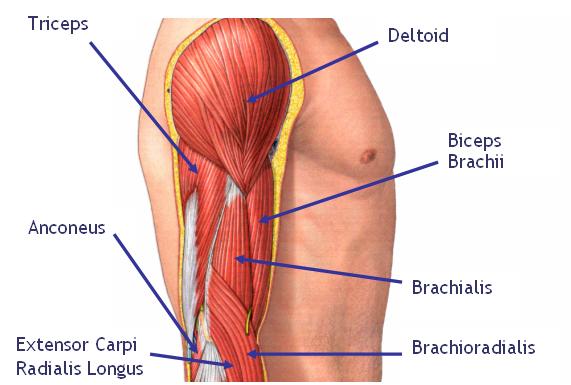 In addition to the biceps, two other muscles flex (bend) the elbow: the brachialis and brachioradialis.

The brachialis lies between the biceps and the humerus, attaching to the forearm bone called the ulna. It’s a thick, strong muscle that takes a leading role when you bend your elbow while your palm is in neutral position (turned toward the side of your body) or pronated (turned backward, with your thumb pointed toward your thigh). When well-developed, it’s visible as a cylinder of muscle popping up between your biceps and triceps.

The brachialis is an assistant that has its own helper, the brachioradialis. The brachioradialis muscle arises from the outer aspect of the lower end of the humerus and then travels down the forearm to attach to the radius just above the wrist joint. Its job is elbow flexion.