Hip extension can be performed in prone, kneeling, and standing position. To perform standing hip extension you can also use an elastic band, an ankle cuff weight, or an ankle cable attachment to increase the resistance. Independent of equipment and position, follow the same stabilization, alignment, and exercise range-of-motion principles as described bellow.

STARTING (INITIAL) POSITION (SETUP): Stand on one leg with the other slightly forward and position the roll against the calf halfway between the knee and the ankle. The axis of the machine is in line with your hips, which should be flexed slightly. Lean your torso forward slightly and grasp the handles with straight arms and slightly flexed elbows. This is your starting position. 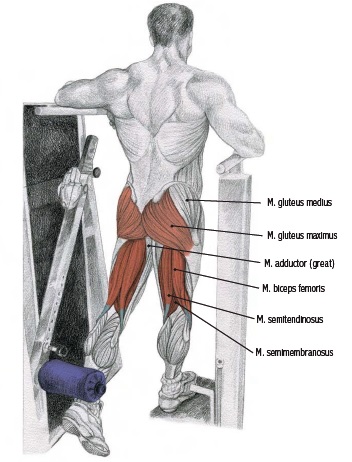 MOVEMENT (ACTION): Push the thigh back until the hip is hyperextended. Hold it in the top position for a second (while squeezing your buttocks together as tightly as possible) before lowering the leg to the starting position. Extend the hip actively as far as can without deviating from the set-up position. Complete the desired number of repetitions. Once you have finished a set with one leg, move immediately to the other leg.

Most hip extensor machines can be adjusted for a larger range of motion. The larger the range of motion, the more the glutes are involved. Machines that require you to lie down generally work both legs at the same time. Machines that require you to stand work one leg at a time. Whether standing or lying, as long as the hip has a long range of extension, your glutes will get the necessary work.

Machines called butt blasters add extra resistance on the soles of your feet to render the exercise more intense and more effective. Note that there is a difference in the movement because the knee joint is mobilized. As a result, in addition to recruiting the glutes and the hamstrings, the quadriceps also come into play. 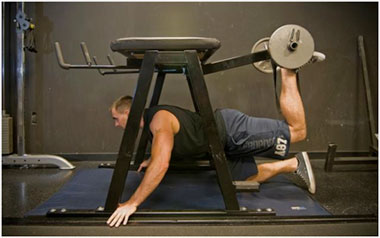 Standing hip extendion mainly works the gluteus maximus and, to a lesser extent, the semitendinosus, semimembranosus, and the long head of the biceps femoris. 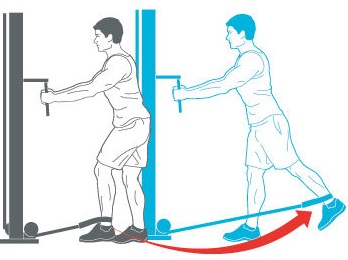 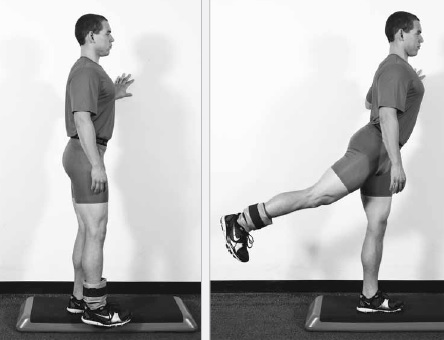 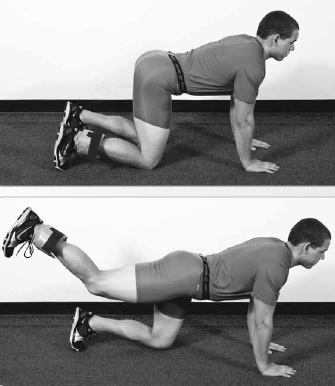 Hip-extension exercises that involve movement only at the hip joint, such as standing hip extensions, should always be done later in the workout. The easiest way to perform the hip extension is standing because the range of motion is short and gravity results in little resistance being placed on the gluteus maximus. It is the easiest exercise to perform that directly targets the glute muscles. Once you have gained more experience in weight training, you may want to move on to more complete leg exercises such as the squat or deadlift.