Classification of Joints in the Human Body

A joint is the point of juncture between two bones. It is usually formed of fibrous connective tissue and cartilage. If the bones of the skeleton were fused together in solid joints it would have no flexibility. Instead, where one bone meets another, we have joints. Joints, therefore, allow the skeleton to move. In this article, we shall look at the classification of joints in the human body.

There are two ways to classify joints: on the basis of their structure (i.e., the type of soft tissue that connects the bones to each other) or on the basis of their function (i.e., the degree of movement that they allow). We strongly believe that all strength trainees should master the basics of human anatomy. Learning basic anatomy for strength training can enhance your results and give you the advantage to develop effective training programs.

I. Classification of joints regarding their mobility

There are three main types of joints with respect to their ability to move (classification by degree of movement):

Immovable joints allow no movement because the bones at these joints are held securely together by dense collagen. The bones of the skull are connected by immovable joints. 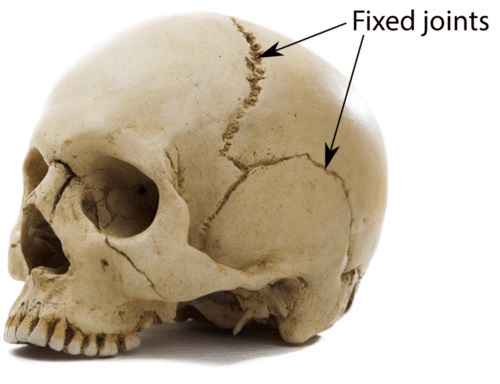 immovable joints: joints that connect bones of the skull (excluding the jaw bone) 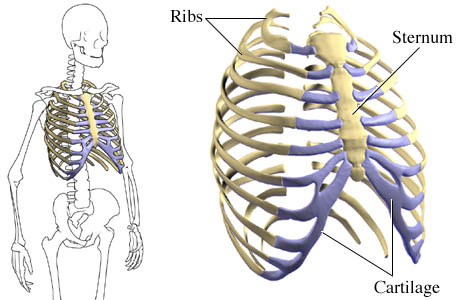 Example: shoulder and hip joints. The bones in these joints fit together with a spherical bone sitting inside another bone that has a concave depression (so called “ball and socket joint”)

II. Classification of joints by type of tissue

Structural classification of joints is based upon the material (type of tissue) connecting the bones.

Fibrous joints lack a joint cavity and the articulating bones are held very closely by fibrous connective tissue. In other words, a fibrous joint is where the bones are bound by a tough, fibrous tissue. It is obvious they permit little or no movement. These are typically joints that require strength. The three types of fibrous joints are:

This is another joint that has no cavity. In a cartilaginous joint the articulating bones are connected (united) by cartilage, and allow little or no movement.

There are two kinds of cartilaginous joints:

A Synovial joint is one in which there is a space between articulating bones. The space or the cavity is also called the synovial cavity. They are characterized by the presence of articular cartilage. The articular surfaces of synovial joints are kept in contact with each other by several factors; one is the fit of the articulating bones; another factor is the strength of the joint ligaments; which is especially important in the hip joint. The significance of the synovial joint is that when required the joint secretes a liquid that lubricates the joint, allowing for the smooth gliding to occur. They are the most common type of joint you can find in the body. The synovial fluid serves two fundamental functions: 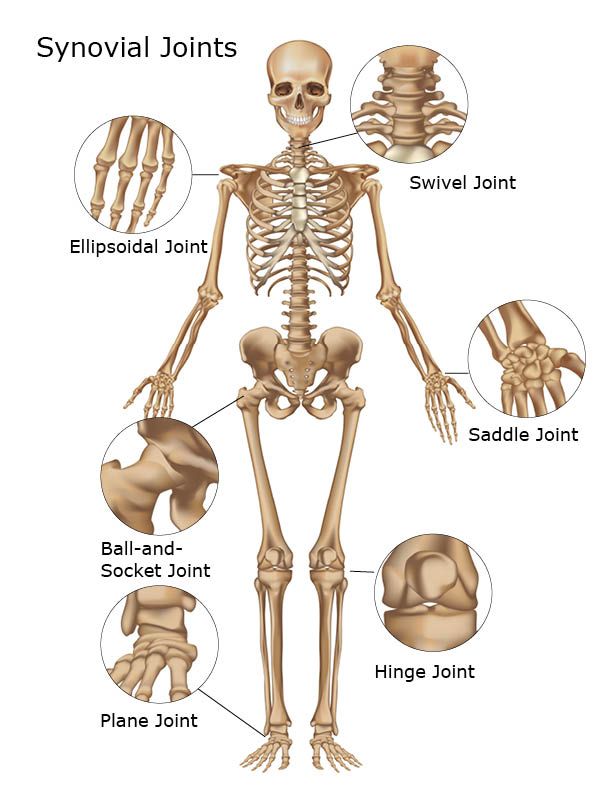 Summing up: Classification of joints in the human body

At a joint, two bones meet and in most cases they move against each other.

There are two main classifications of joints in the human skeleton. We can classify them either by the type of the tissue present (fibrous, cartilaginous or synovial), or by the degree of movement they permit (synarthrosis, amphiarthrosis or diarthrosis).

There are a number of very different types of joints. In some, like those in our skull and pelvis, the bones are fused together and allow little or no movement. Some, like the joints in our fingers, knees and elbows, are known as hinge joints because they work like a hinge – they allow an opening and closing movement. Yet other joints, like our shoulders and hips, allow very free movement. There is a “ball” of bone on the end of one bone in the joint, and a smooth socket on the other bone in the joint into which it fits. This gives lots of free rotational movement and these joints are known as ball and socket joints.